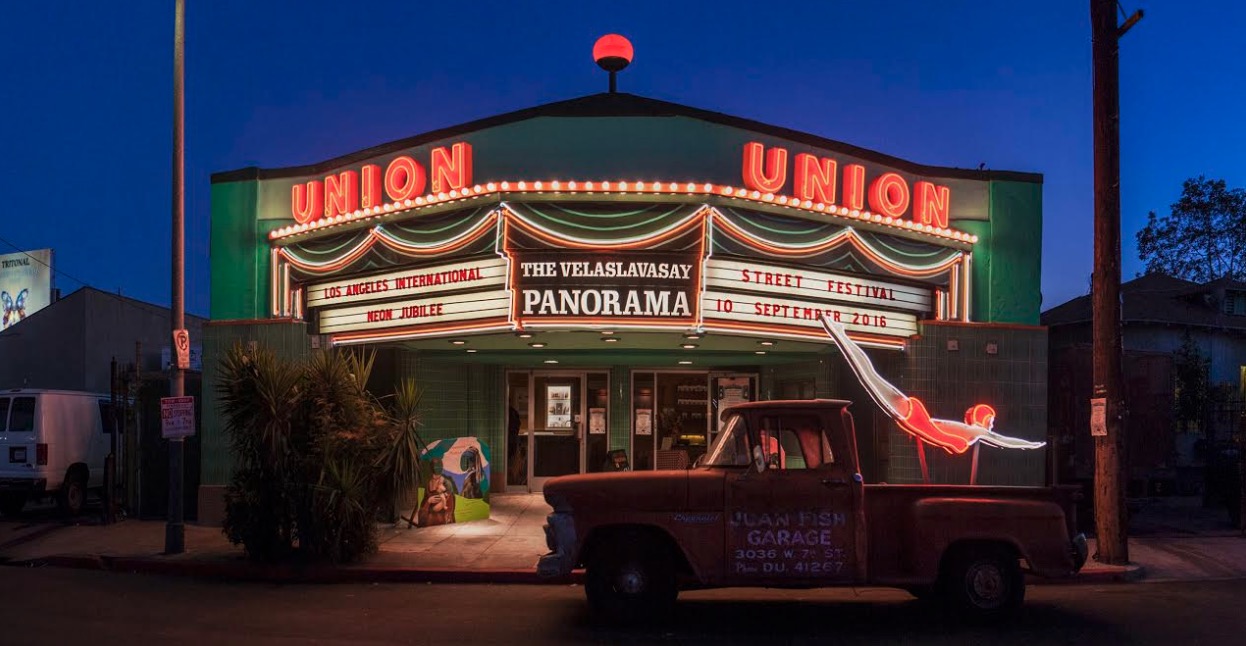 Panoramas were widely accessible, extremely popular (and were lambasted for being so by art critics) and immensely entertaining. The decline in the proliferation of panoramas came about following the spread of cinema and became largely forgotten about, at least in the United States. Enter the Velaslavasay Panorama, first founded by Sara Velas in Hollywood and now located in West Adams. The Velaslavasay has both preserved and updated the medium, incorporating light and sound for a completely immersive panoramic experience.

Come see the precursor to virtual reality and film in person! The current installation is a painting depicting the city of Shengjing, China from 1910-1930 featuring a miniature 3D terrain. The Velaslavasay Panorama also features a living garden, a theater and additional auxiliary exhibits.

The layout of the Shengjing Panorama. Photo courtesy of Velaslavasay Panorama

On View Weekly
Friday-Saturday-Sunday
11 am 'til 5pm

Suggested donation of $7 for adults, $5 for students and seniors