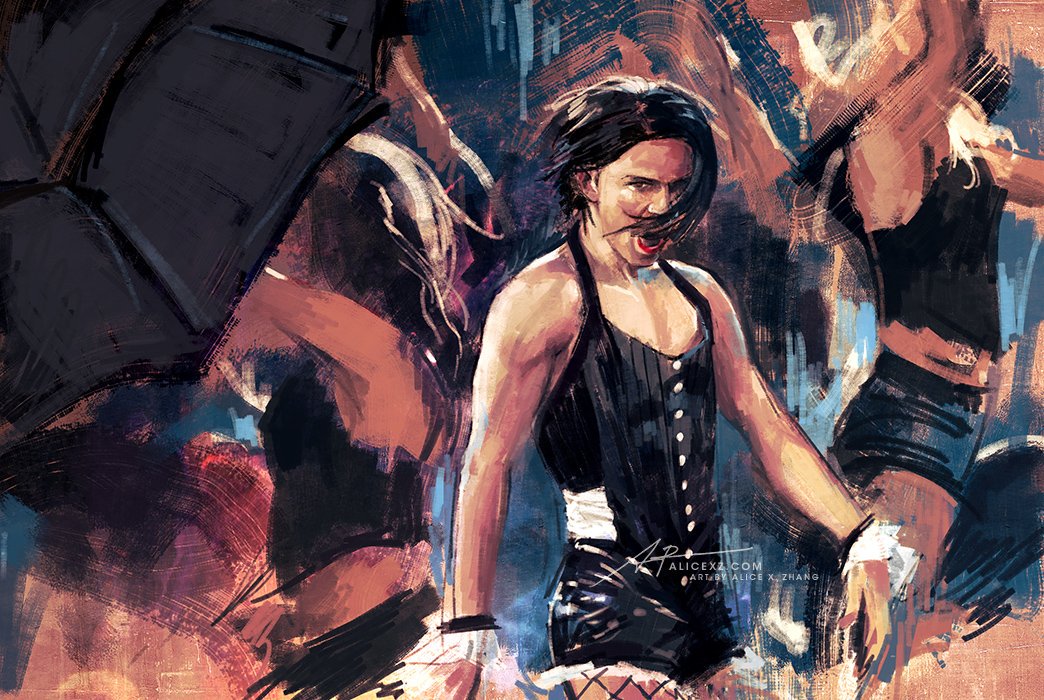 The official Youtube video of Tom Holland's performance of Umbrella on Lip Sync Battle has over 28 million views:

You know how Degas did studies of ballerinas? Well I do studies of Tom Holland performing Rihanna’s Umbrella ayyyyy ? pic.twitter.com/t2uvLqnIoo

Her webstore is currently featuring Blade Runner prints, but has no Tom Holland prints, yet.