Nice people catch a baby bear falling from a tree 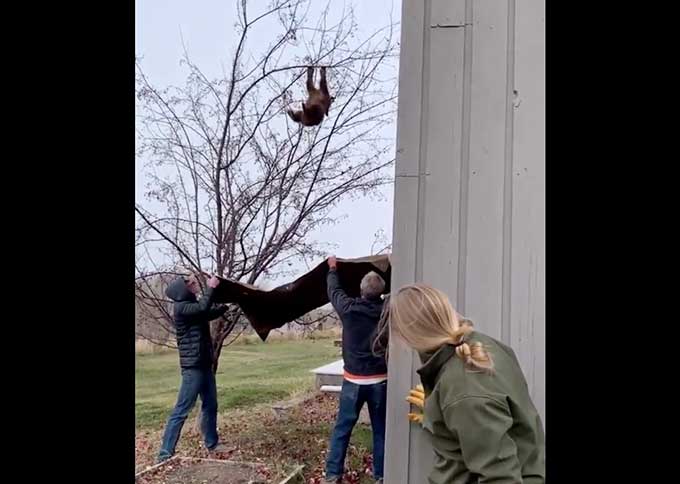 This little bear got stuck in a tree and was about to fall. Fortunately, three men with a blanket just happened to be there to break its fall.

To catch a falling bear