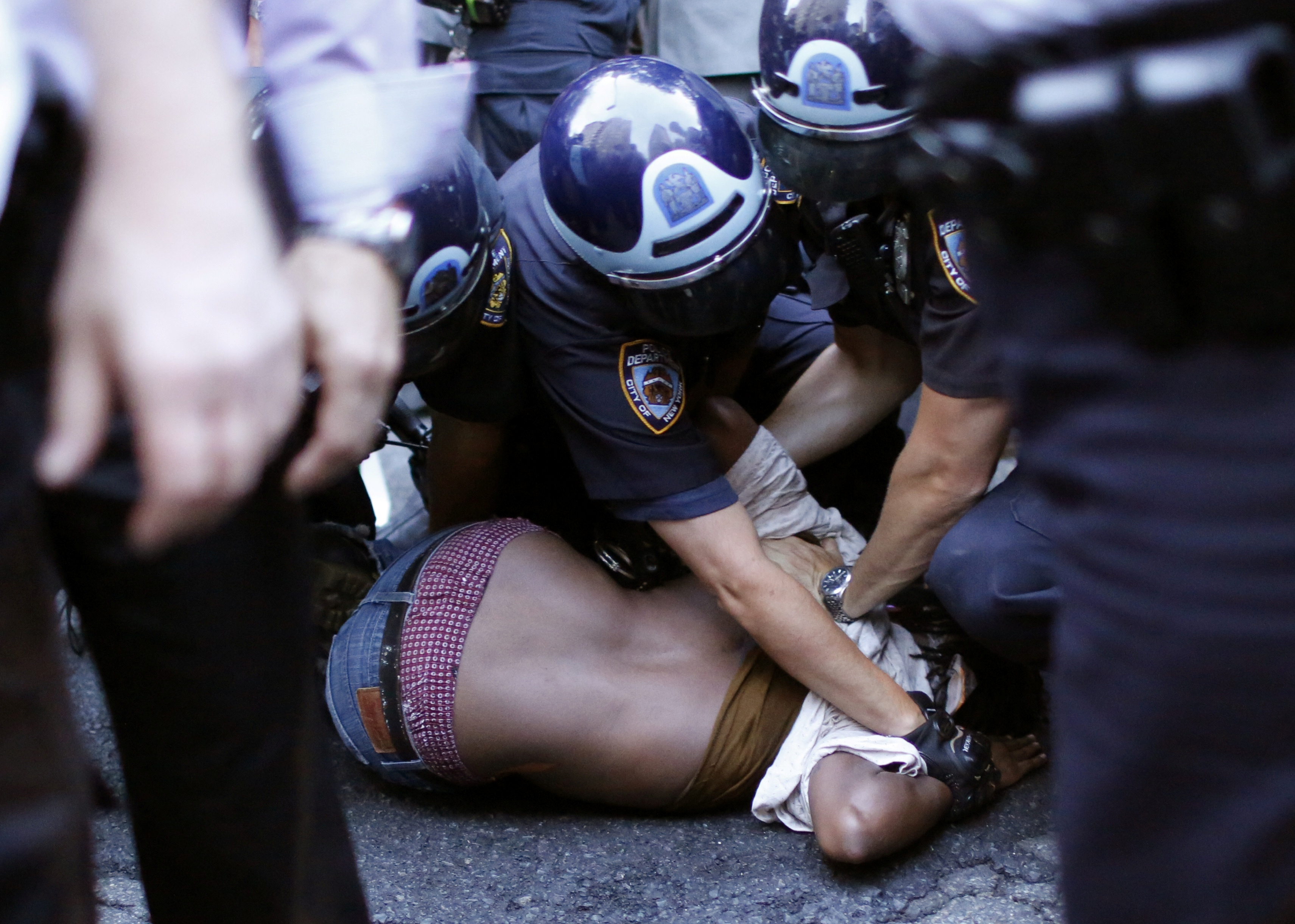 A protestor is detained by NYPD officer as people take part in a protest for the killing of Alton Sterling and Philando Castile during a march along Manhattan’s streets in New York July 7, 2016. REUTERS/Eduardo Muñoz