Secure up to 10 devices with this elite antivirus, now over 80% off 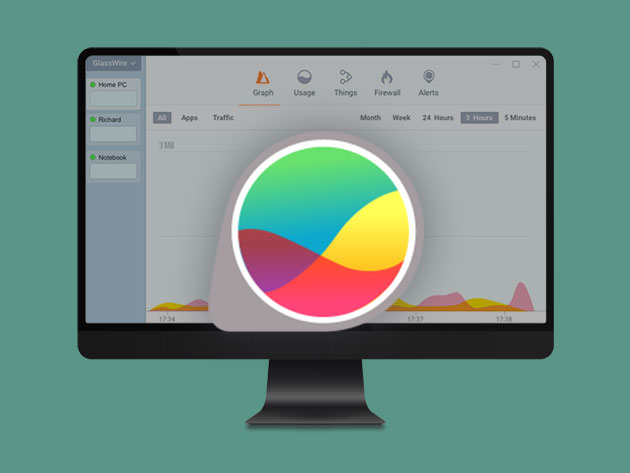 The more you use your computer, the more it becomes possible for others to use it too. Where there are anti-virus systems, there are hackers looking for a way to get around them.

That's why it's important to get software that doesn't just passively scout for viruses in the background. The folks behind GlassWire have the right idea, with a service that offers both protection and extensive monitoring that will enable you to make sure you're the only one logging on.

Certainly, GlassWire's firewall is an effective defense on its own. But what the software really does well is tracking. It monitors things in your network activity by app and geographic location and notifies you whenever a new app accesses the web from your system. It keeps tabs on any network activity that occurred while you were logged off and keeps an eye out for known threats and unexpected file changes. And, it lets you see all this info in an easily digestible visual format.

It even helps you use your computer more effectively by alerting you to possible bandwidth overages, and lets you clear your internet activity at a moment's notice.

Best of all, it does all this for up to 10 devices. Right now, you can pick up a three-year subscription to GlassWire Elite for a full 89% off the list price.