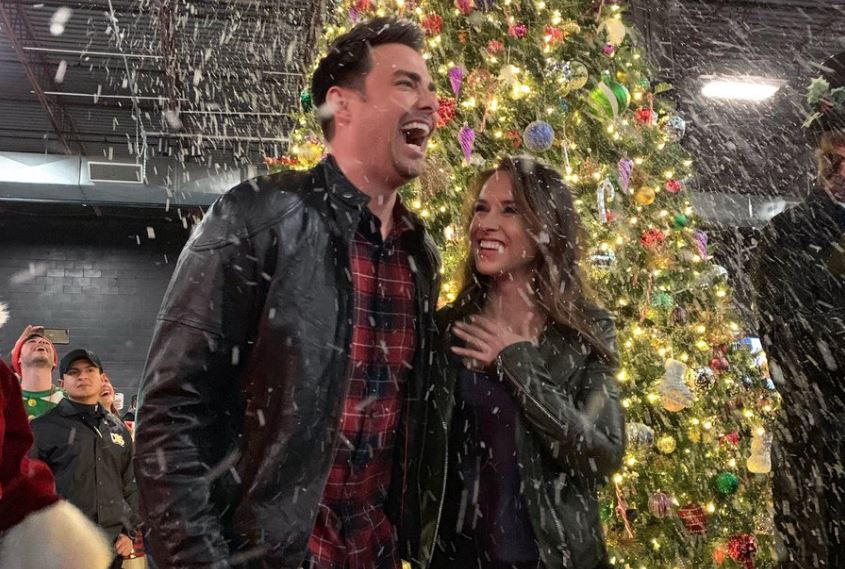 Christmas is so popular for Hallmark that the network will debut 40 new Christmas-themed movies this year.

This weekend was the first ever ChristmasCon, a three-day sold-out event celebrating those movies:

The convention is the brainchild of Thats4Entertainment, a friend group of four women who decided a year ago to channel their love of the holidays into a weekend of festivities, centered around Hallmark’s Christmas programming. Their big break was booking Lacey Chabert, the Mean Girls actress who has since starred in almost as many Hallmark programs as there are letters in her name. She was the linchpin, organizer Christina Figliolia tells me: “We knew if we could get her, we could do this.” Hallmark came on later as the official sponsor. All in, they booked over a dozen current and former Hallmark celebs, including Chad Michael Murray, Melissa Joan Hart, Rachel Boston, Paul Greene, Alicia Witt, and Jackée Harry.

Madison Malone Kircher wrote about the experience for Vulture. Mostly happy fans, but one dark cloud:

There’s one Hallmark anchor who is noticeably absent. The company severed all ties earlier this year with Lori Loughlin following Operation Varsity Blues, which busted Loughlin and her husband, Mossimo Giannulli, for paying half a million dollars to have their daughters falsely recruited to the University of Southern California crew team. (The couple pleaded not guilty.) Loughlin, along with starring in a handful of holiday movies, was a lead in When Calls the Heart, Hallmark’s longest-running and most-watched series. Hallmark released the rest of the 2019 season with Louhglin’s scenes edited out. When Calls the Heart’s Christmas special is the crown jewel of Hallmark’s Christmas countdown, airing on December 25.

And lots of photos ops with Lifetime stars: