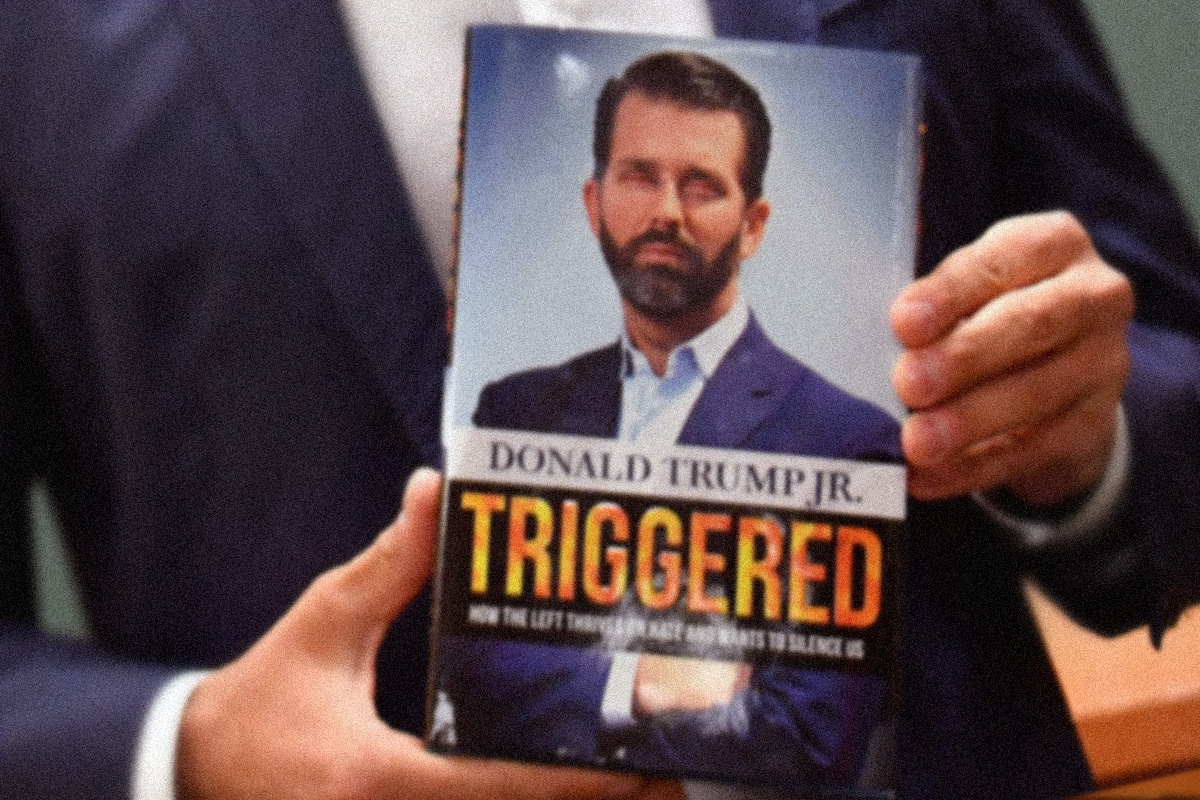 Political books by random MAGA people are a hot genre, but Donald Trump Jr's "Triggered" lands in a saturated market. Morevoer, Trump fans generally prefer the attention dance of Fox News and social media to hours spent curled up with a bad book. So how did it get to number 1 on the New York Times Bestseller list? Vast bulk purchases, leading the Times to list it with a "dagger" symbol insinuating fraudulent or suspicious activity.

“It has the big dagger [symbol] next to it, which means a large portion of the sales came from bulk orders.”

The source added: “It’s known in the industry as the ‘deadly dagger.’ A rare penalty that is only called for flagrant fouls,” such as when an author or someone close buys large quantities.

It’s at Times editors’ discretion when to plunge the dagger. Fine print below the best-seller list explains, “Sales are defined as completed transactions by vendors and individual end-users during the period on or after the official publication date of a title. Institutional, special interest, group or bulk purchases, if and when they are included, are at the discretion of The New York Times Best-Seller List Desk editors based on standards for inclusion that encompass proprietary vetting and audit protocols, corroborative reporting and other statistical determinations. When included, such bulk purchases appear with a dagger (†).”

Scientology perfected this trick in the 1980s. It's extremely costly, reports the LA Times, but the benefit is clear: L. Ron Hubbard atop the bestseller lists for decades. The New York Times takes the "Fred Perry" approach: mollify critics with barely visible pro forma objection† to the bulk buyer, but never do anything to stop money flowing to the trade.

For its part, the Republican National Committee--apparently the prime suspect--says its handing out copies doesn't involve bulk purchases.

Newspapers do it too, albeit with different methods. Newspapers used to (and maybe still) dump bundles of newspapers at schools and prisons and such under programs that let them claim it as circulation. Lining for cages, rabbits and people.