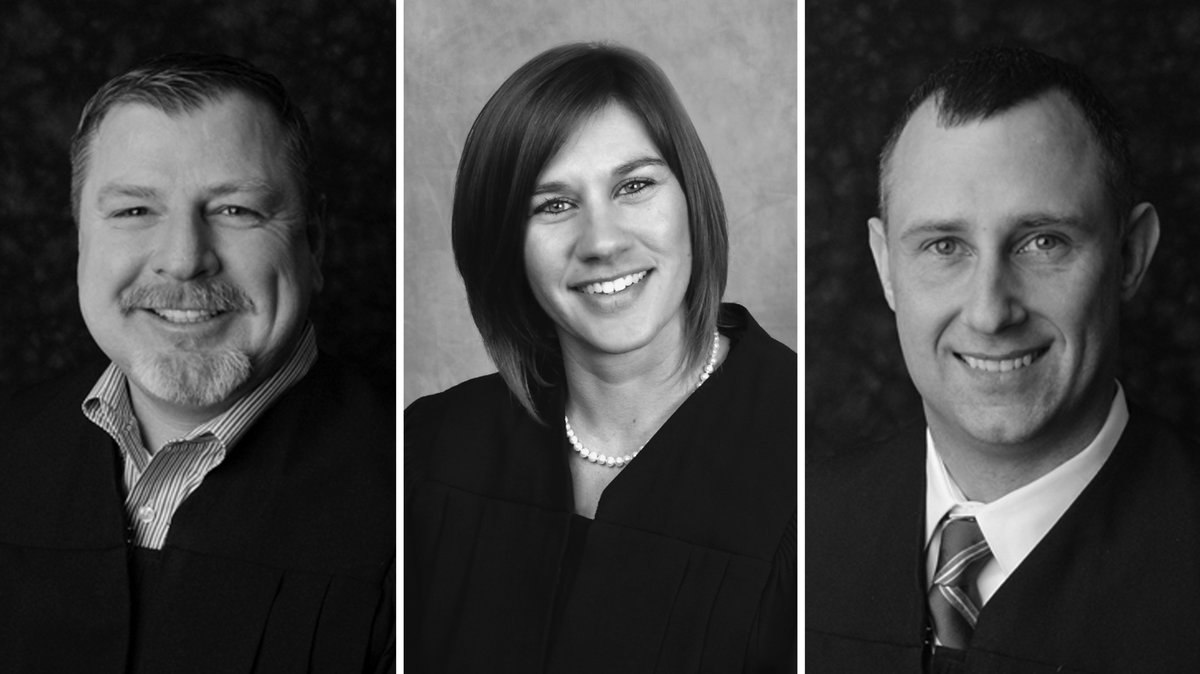 Three Indiana judges got in a fight. Two were injured, all were suspended. NPR's Laurel Wamsley reports "an incident brimming with colorful details."

The altercation apparently started sometime after 3 a.m., when one of the judges, Sabrina Bell, raised a middle finger at two men yelling from a passing SUV, and ended after one of those men shot two of the judges.

In between, the three judges took a number of actions that "discredited the entire Indiana judiciary," according to an opinion posted by the Indiana Supreme Court this week, suspending the judges.

The court found that the three — Andrew Adams, Bradley Jacobs and Sabrina Bell — had "engaged in judicial misconduct by appearing in public in an intoxicated state and behaving in an injudicious manner and by becoming involved in a verbal altercation." Adams and Jacobs engaged in further judicial misconduct "by becoming involved in a physical altercation for which Judge Adams was criminally charged and convicted."

The judges will be in the sin bin for two months. The shooter's been charged with felony aggravated battery.

UPDATE: I read the ruling and it's fantastic, the reason we're here is because Judge Bell just stood there blabbing to the cops instead of shutting the fuck up.