This is the best pot scrubber 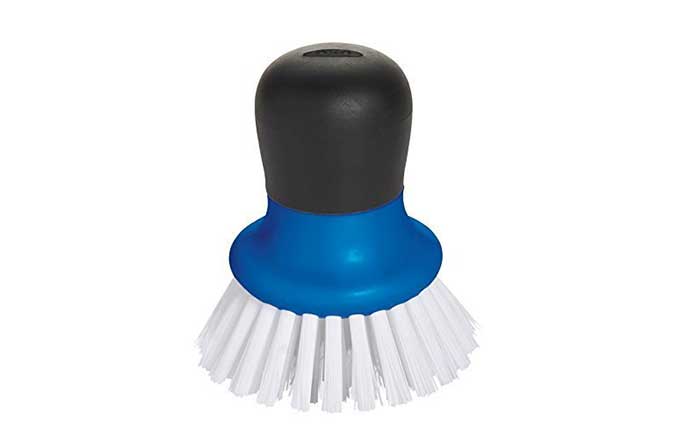 After trying out a lot of different scrub brushes, I think the OXO Good Grips scrub brush is the best. I prefer this palm-style brush to brushes with a handle because I can really bear down on the pots and pans. It's comfortable to hold and the bristles hold up well to rough treatment. I wish the brush was available via Subscribe and Save, because I'd get a new one every three months.

Good deal on this extension cord reel with 4 outlets

I bought this extension cord reel with 4 outlets last November, and it has come in handy many  times since then. It has a 25-foot power cord which rolls neatly onto a spool. Amazon has it on sale today at a good discount.

10 years ago we decluttered our garage and Carla bought several Gorilla Rack shelving units from Amazon. They are awesome. I’ve assembled shelving units before, and they required either nuts and bolts or little brackets, but the Gorilla Rack units have parts that fit together without extra hardware. I built the first shelving unit in […]

Excellent noise canceling headphones back on sale with promo code

In December I bought a pair of TaoTronics active noise cancelling bluetooth headphones for my two daughters to use on an 18-hour plane trip. They said they were excellent, and they also used them in the hotel to watch videos, play music, and play games. I tried them myself and was pleasantly surprised by how […]