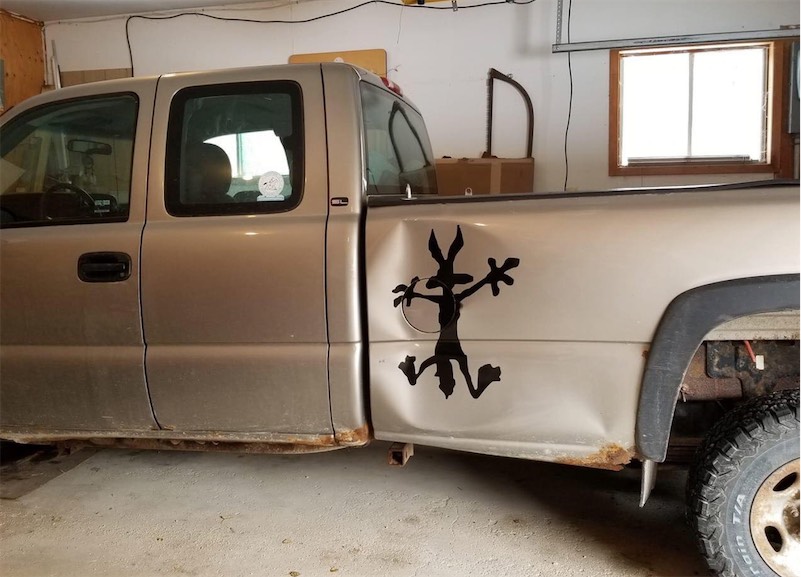 It's the perfect band-aid until you get over to ACME Auto Body for a real repair.