That sound you hear is 'Republican talking points disintegrating' 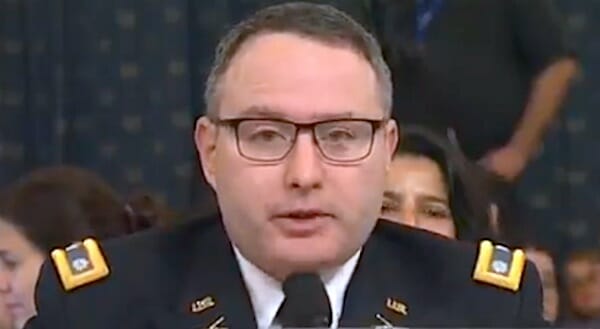 Watch it live on CSPAN here.

Longtime CNN legal analyst Jeffrey Toobin scored what may be the line of the day, and it's early.

That sound you hear in the backgroud of the impeachment hearings is "Republican talking points disintegrating,” said Toobin midday on CNN.

In the clip, Toobin points out that just today we have learned about:

-- Donald Trump's own role in the July 25 phone call

-- Ukraine knew the U.S. aid was conditional by July 10 meeting

-- That the 'Javelins' aid to Ukraine was finally released only because the Trump administration was busted.

That sound you hear is "Republican talking points disintegrating," says @JeffreyToobin to @jaketapper.

Says we learned about
-- Trump's own role in 7/25 phone call
-- Ukraine knew aid was conditional by July 10 meeting
-- That the aid was released because admin got busted pic.twitter.com/VgBdaksZX2