This hi-tech turntable brings your vinyl into the modern age 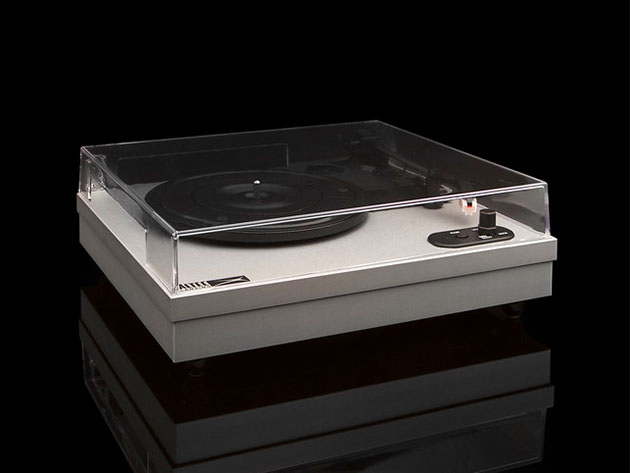 Vinyl is officially back. People are hearing the proof behind the initial "retro" excitement: that records really do have a richer sound. And if you haven't switched to old-school records for serious listening, it's a new golden age.

Why? Because quality turntables like the Altec Lansing ALT-500 are finally available to a market other than rich audiophiles.

This unit comes with everything you need to start playing: A stylus cartridge, 45 RPM adapter, auto stop feature and two built-in hidden speakers.

But there are some definite upgrades for modern listeners in terms of output. You can transmit sound to your own speakers through left-right RCA jacks. It's also compatible with Bluetooth technology, so you can use your wireless speakers or headphones. You can even stream in reverse, playing music from your own device through the ALT-500's speakers.