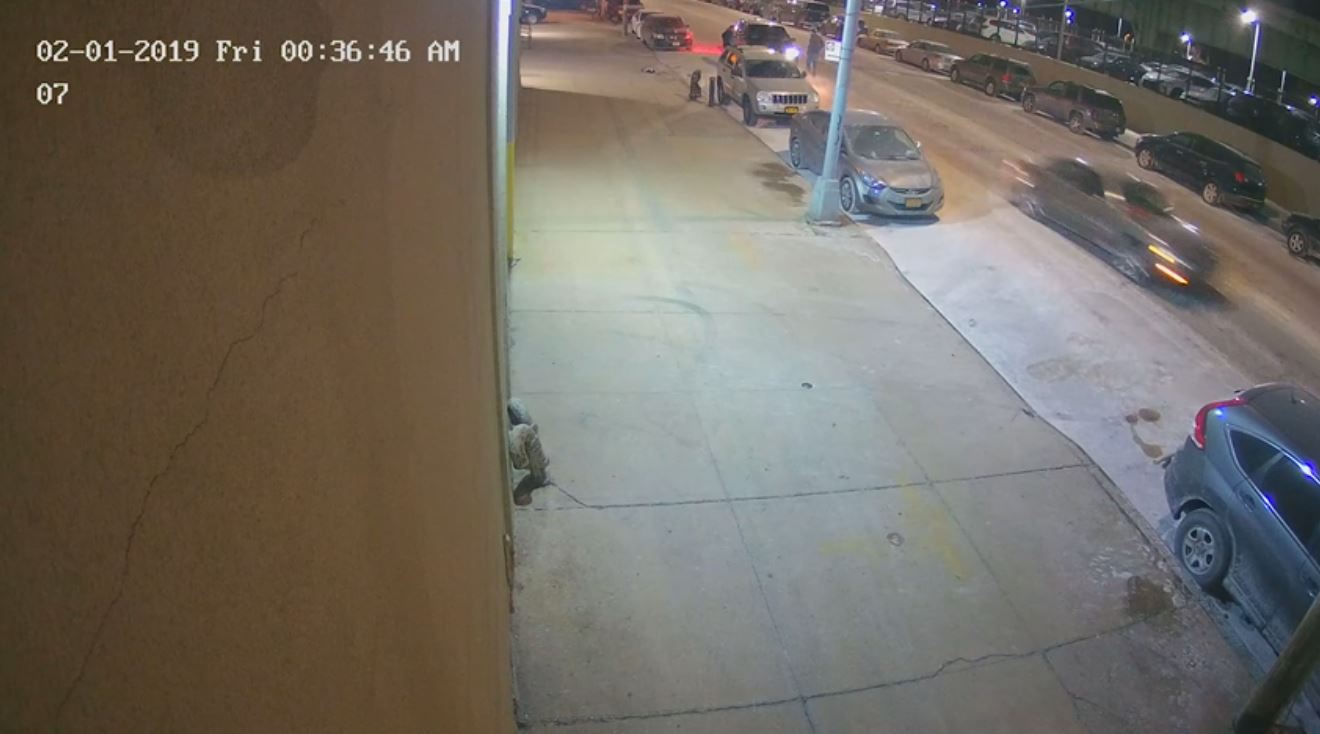 A Brooklyn man faced serious jail time for driving his car at a cop. But the attack never happened, writes Radley Balko, a fact revealed by surveillance video that shows the cop lied.

The surveillance video at the top of this piece, which was obtained by an investigator for [Pedro] Barbosa’s lawyer, backs all of this up. Barbosa did drive off, but at no time was either officer at risk of being struck by Barbosa’s car.

But [NYPD officer Michael] Bergman would later tell the grand jury an entirely different story. “The defendant locked eyes with me, turned the car into reverse, floored the vehicle into reverse approximately seven feet,” Bergman said. “As I’m still yelling, the defendant put it in drive, turned the vehicle towards me to the point where I was in between his headlights, and if I didn’t jump out of the way, I would have been under his vehicle.” ...

The video above shows that almost none of that is true. Barbosa never put the car in reverse, never accelerated in reverse, and Bergman was never “between his headlights.”

Local prosecutors released a list of NYPD officers it considers untrustworthy, police unions are enraged, but that video doesn't lie. Bergman pleaded guilty to perjury and was fired.