Teach STEM through space combat with these DIY drones 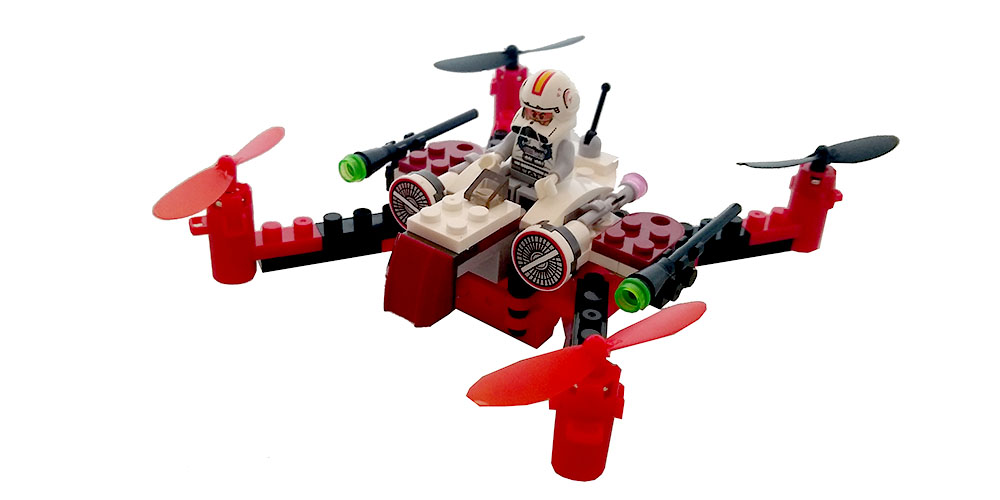 We all know those gifts we get "for the kids," the ones that parents are secretly more excited to open. Drones are a perfect example, but there's a model out there that really doubles down on that appeal.

Introducing the Space Fighter Building Block Drones, a series of space fighter drones that are a blast to fly and teach some pretty vital STEM skills.

Straight out of the box, any kid who's familiar with interlocking building blocks will be able to assemble their own flyer from the ground up.

From there, they're airborne with the press of a button. The 6-axis gyro and auto-stabilization keep the learning curve low for young pilots while allowing for fancy maneuvers like 360-degree flips.

The included controller gives pilots an effective range of nearly 250 feet, while the battery allows for flight time of up to 12 minutes. The best part about the ABS plastic materials is that they're resistant to high impacts, like all building blocks. That's especially relevant for rookie pilots, but it also helps them learn. Since the blocks are compatible with other leading brands, they can customize the build and find out about weight distribution and other engineering concepts while they're at it.

The Space Fighter Building Block Drone is available in four different styles—Sidewinder, Snow Shooter, Destroyer, and Shuttle. They're on sale for $39.99, but you can take an additional 15% off using the early Black Friday discount code of BFSAVE15, making the final price just $33.99.