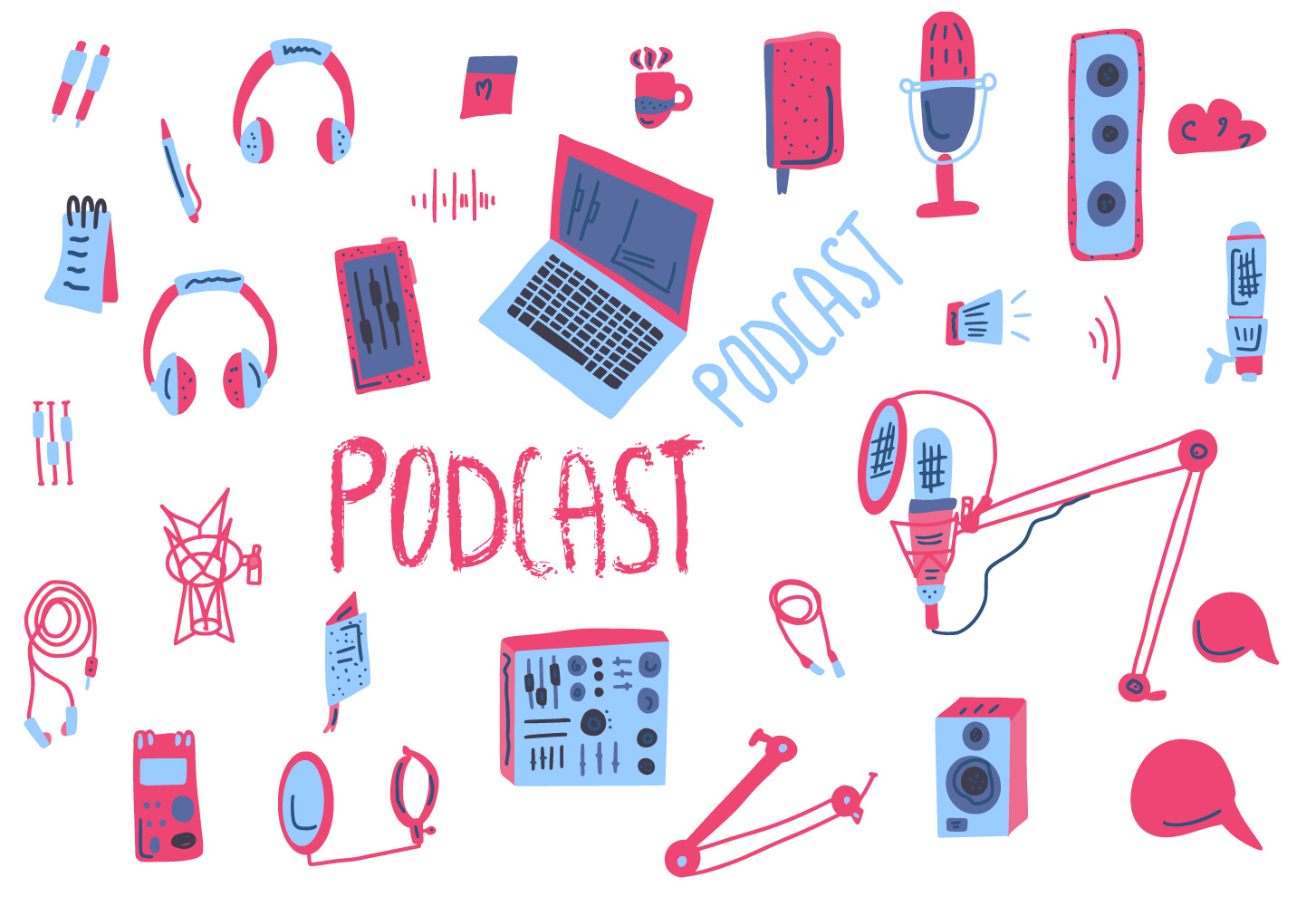 On Facebook, my friend Joseph Pred asked his pals to recommend their favorite "obscure" podcasts, "Feel free to share even if it’s on a niche topic or something weird. I like weird." He got some great responses, so I asked everyone if it was cool to share with you all.
Here's some of what they offered up:

Joseph himself recommends:
Damn Interesting "...Besides having fascinating stories has fantastic sound design."

Todd E. recommends several:
Blank Check with Griffin & David "A podcast about auteur directors who are given a blank check for their movies. Sometimes great art is made and sometimes the check 'bounces.' They tend to do a director's entire filmography, one episode per movie."

CTP (who is a magician) recommends:
"Obscure? Two friends of mine do one called Shezam" and the co-hosts "get way better at it as they go."

Co-hosts and professional magicians, Carisa Hendrix and Kayla Drescher attempted to finally answer the question… “What is it like to be a woman in magic?” But since the answer is too long, and too important, they made a podcast! Shezam is not only a podcast, but a full resource for the magic community to empower women to empower themselves. And maybe, with each other, that question will one day become obsolete.

Wally G. has three recommendations:
Issues with Andy "follows the events that week in the life of comedian Andrew Andrist. It’s dark, it’s darkly funny. As an example, on the September 11 episode, Andy discusses the the problems babysitters must have faced when they realized mom isn’t coming home." (YouTube only)

Doug Stanhope It has "moments of absolute brilliance. As an example, Doug interviews two comics who thought they were going to be on SNL. One, the guy that was fired for being too racist and a guy who was dealing with schizophrenia. That story was simply amazing."

Accuracy Third It "discusses Burning Man." He enjoys it but does note that "it becomes too self-referential by the last season."

I'll piggyback on this one to recommend:
Bawdy Storytelling My friend Dixie De La Tour is a sex-positive rockstar! For over 12 years now she's been hosting an IRL storytelling show — where folks get on stage and tell completely true stories about their sex lives. Well, a few years back, she started a podcast of these live shows and it's so good that it's quickly coming out of obscurity.

My sweetie Andy is always telling me about the podcasts he listens to, so I asked him for his top choice.

He recommends:
Stop Podcasting Yourself "A great comedy podcast out of Canada hosted by two very funny guys. It's my favorite go-to podcast when I'm out for a walk. Right now, I'm listening to an old episode, #341, which has guest Paul F. Tompkins (who is also very funny)."

Lastly, I've recommended it before and I'll recommend it again:
Akimbo Seth Godin shares stories and wisdom on how to change culture — it's terrific.

So there you have it, plenty of interesting, and more obscure, podcasts to choose from. What are you listening to out there, Happy Mutants?