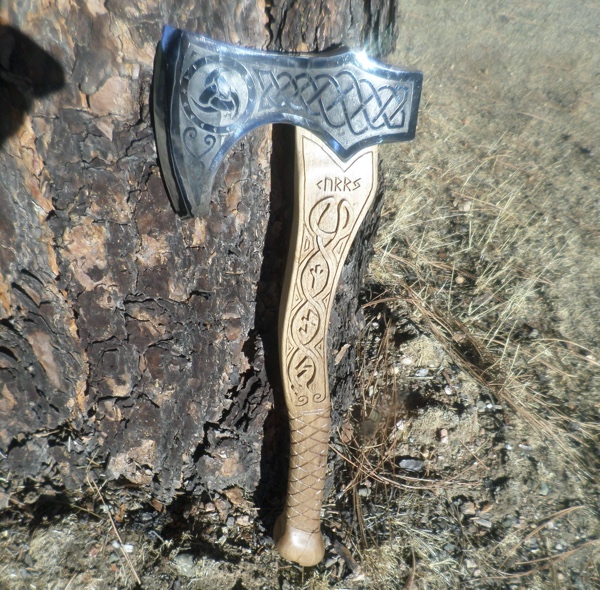 There are DIY projects, and there are HOLY CRAP HE MADE A VIKING AXE REPLICA. This is one of those.

This is what the guy started with.

From WoodworkingIsLife, an example of the splendid results you can get with talent, patience, and time -- and the right woodworking tools.

It all started by wanting to just clean up this old axe head and put a new handle on it. I found this old rusty rockaway axe head lying in some manzanita bushes in my backyard.

Go check out the entire gallery, which shows very detailed step-by-step images -- and a photo of a cat sitting on his wife's head, because of course.

Viking Axe I made (OC)