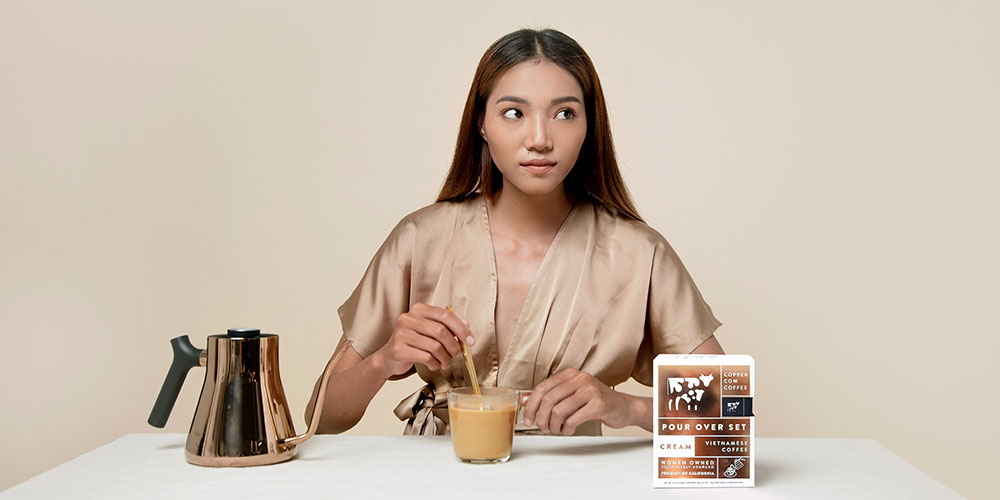 We know that boutique baristas have introduced a lot of mad science when it comes to brewing, but believe us when we say there's nothing like a good pour-over coffee. As brewing methods go, it's not that complex but still not the kind of thing you can do (let's say) at the office before work.

Until now. These ingenious Copper Cow Vietnamese Pour Over Coffee Sets come with their own filter and condensed milk, allowing you to get a cup of the good stuff virtually anywhere.

What you get is a selection of six kits, each one with a different flavored creamer. Each of five packs in the kit contains a packet of coffee or tea with a filter that unfolds and fits right over your cup. Pour a little hot water, add the creamer and bingo. You've got a delicious Vietnamese-style cup of pour-over coffee.

The creamers are a highlight, made with condensed milk and sugar. They run the gamut of Copper Cows most popular flavors: Chai, Churro, Mint, Lavender, Rose or regular Cream.

The sets are already priced at 14% off the retail price, but you can take an extra 15% off for our early Black Friday sale by using the discount code BFSAVE15.