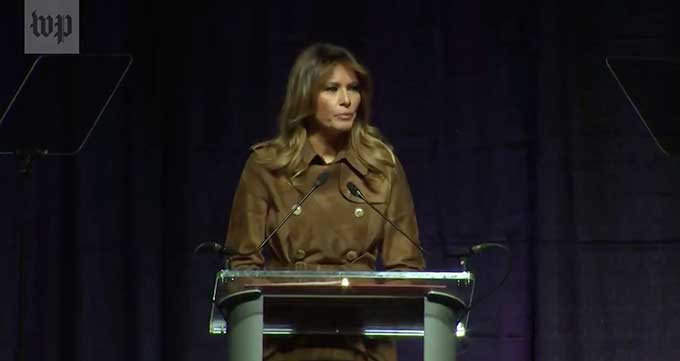 Each year, the White House issues a video of Melania Trump wandering around it revealing the Christmas decorations. The decorations are beautiful, cold and slightly weird, and in combination with her lonely routine the result has the unsettling charmlessness of a Stanley Kubrick movie. I added the Eyes Wide Shut theme in the embedded video […]

I enjoyed Melania Trump’s disquieting 2019 Christmas video, featuring her pacing alone around the symmetrical expanses of the executive mansion, inspecting its coldly festive ornaments. But it needed a certain je ne sais quoi; which is to say Jocelyn Pook’s soundtrack to Eyes Wide Shut.

Scammers are so petty.