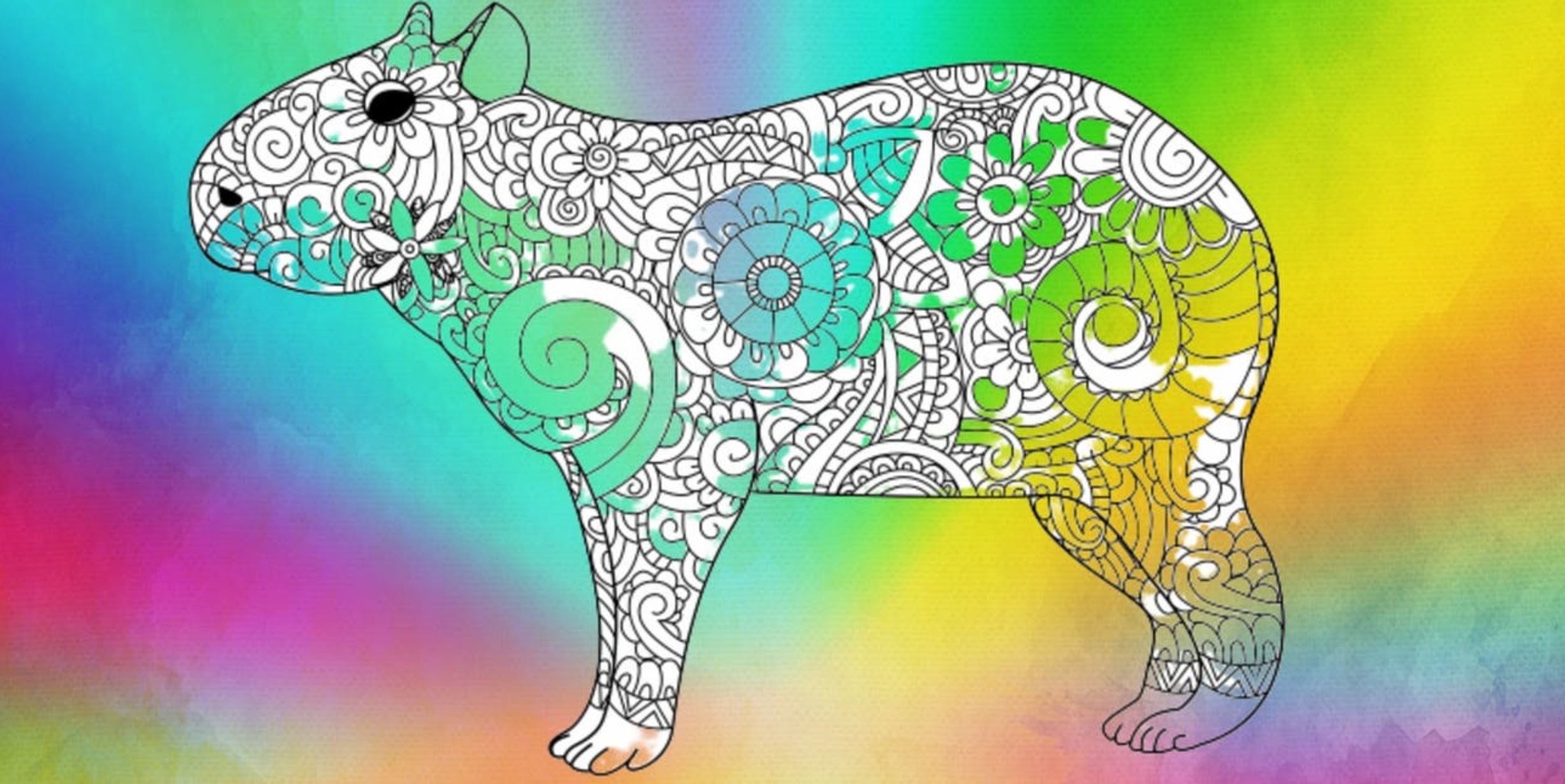 The Pursuit of Capyness [Amazon] is a coloring book featuring capybaras, the large and eminently peaceable rodents often observed just chilling, occasionally in hot tubs. The book is by psychiatrist John Terry, who knows what you need right now. Which is capybaras. To color in.

There are more than 50 within, with lots of capybara facts, and a range of complexity to make it fun for kids and adults alike. Here's an inteview with Terry:

Capybaras, in general, but especially on the internet, are associated with being very tolerant. There are all those photos of other animals hanging out and sitting on them. Their reputation is that they get along with everyone, making the emissaries of this really nice message.

There was a day that was a particularly rough day in the world of news, and a lot of negativity online. In response to it all, I was compelled to post this photo of a capybara stretching, and the response to the photo was just unbelievable. I didn’t really expect anyone to notice, but I suppose it was the distraction a lot of people needed because it gained so many likes and shares.

Moreover, it's for a good cause:

What are some examples of how funds from this book will be used?
• Toward a free medical clinic that provides care to 200+ people every Saturday. The clinic was recently featured on national news
• Book donations to mental health clinics and shelters; we are currently discussing donating 300+ books to children at a women and children’s shelter
• Free services for the uninsured, underinsured, students, and impaired professionals
• Consultation to nonprofits serving mental health and primary care causes
• Education for health sciences students, pre-meds, and more, with the goal to improve access and investment in our communities in the long-term
• During furloughs and disasters, we have seen federal employees and displaced people for free
• International disaster relief (such as recent volunteering with the World Central Kitchen after hurricane Durian)