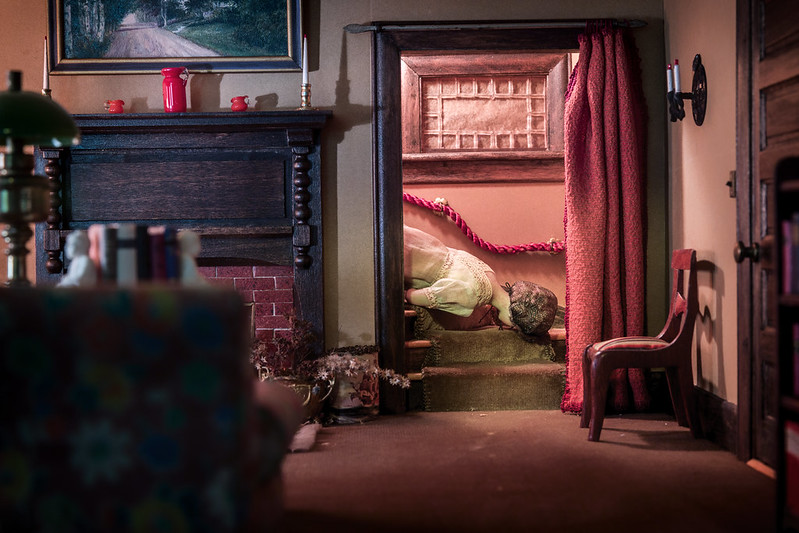 In the 1940s, Frances Glessner Lee brought new rigor to crime scene analysis with a curiously quaint tool: She designed 20 miniature scenes of puzzling deaths and challenged her students to investigate them analytically. In this week's episode of the Futility Closet podcast we'll describe the Nutshell Studies of Unexplained Death and their importance to modern investigations.

We'll also appreciate an overlooked sled dog and puzzle over a shrunken state.