Vlad and Putin's Gang, in "The Power of Imagination!" 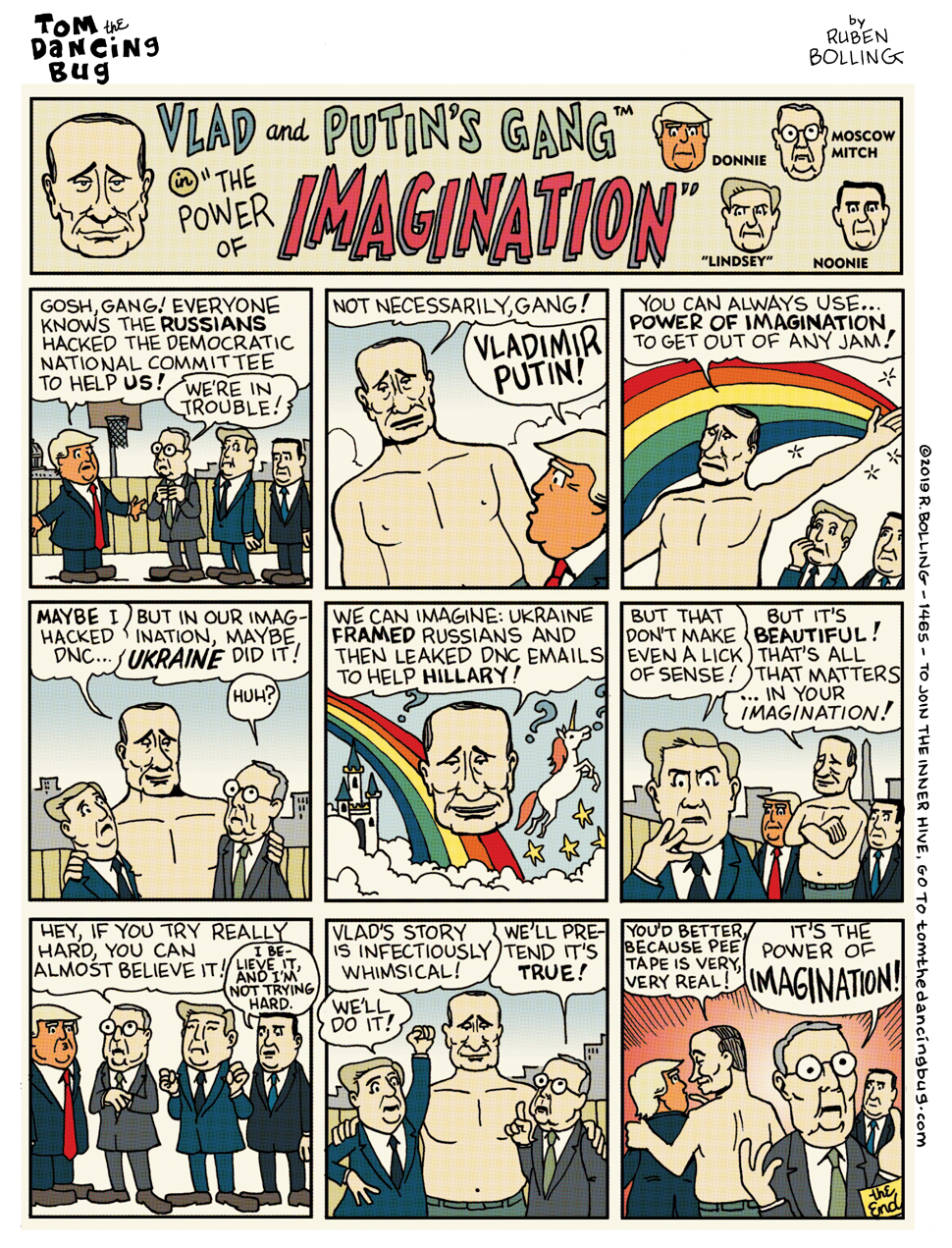 Tom the Dancing Bug, IN WHICH Putin's Gang gets in big trouble, but Vlad shows them the power of IMAGINATION solves all problems!

YOU CAN join Tom the Dancing Bug's INNER HIVE! Be the first kid on your block to see each week's comic, get extra comics, sneak peeks, insider scoops, and lots of other stuff! JOIN TODAY. YOU CAN ALSO give a loved/liked/chosen one a gift membership! GIFT MEMBERSHIP INFO HERE.