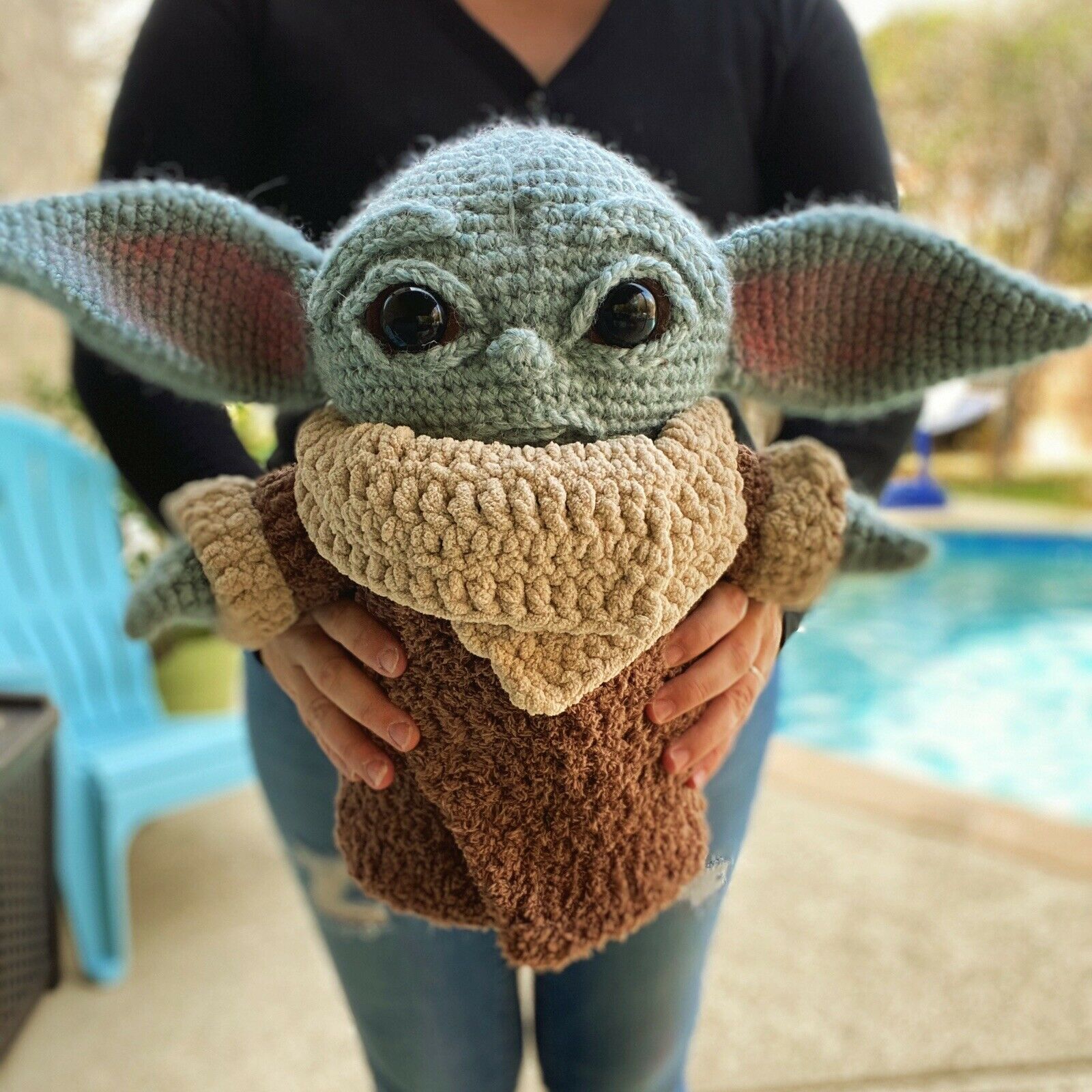 The Baby is 14" tall and weighs 2 lbs. He's got a little removable robe. Crochet him you must.