Watch the kabuki version of The Last Jedi 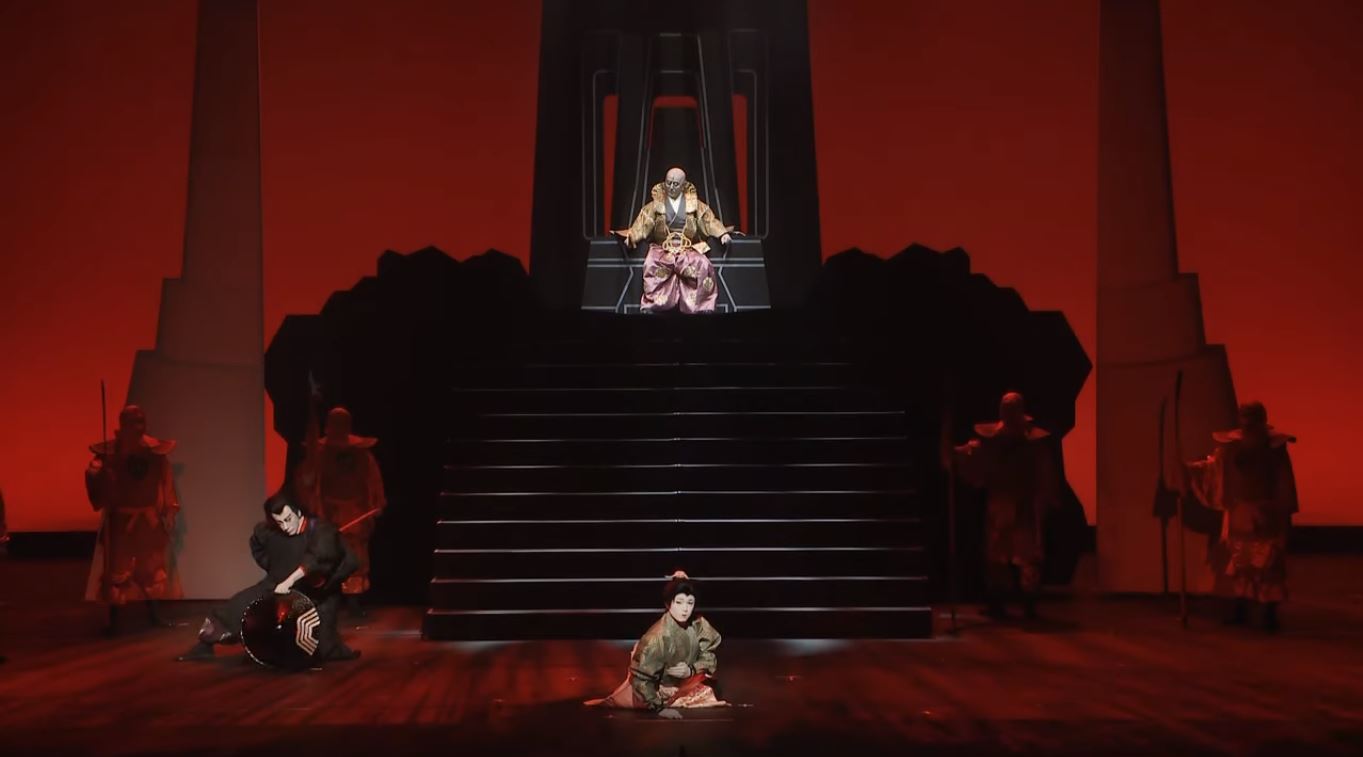 Rennosuke and the Three Light Sabers adapts to kabuki the story of Kylo Ren from the end of The Force Awakens through the end of The Last Jedi. It opens with the destruction of Starkiller Base:

The confrontation between Kylo Ren and Snoke occurs around 27 minutes in. During the lengthy fight sequence, Rey serves only as someone to be rescued:

After the victory over Snoke, the two fleets are badly damaged, and the action moves to the salt fields:

There, Kylo Ren faces Luke, and we see a glimpse of young Ben Skywalker:

You can watch the entire performance here: