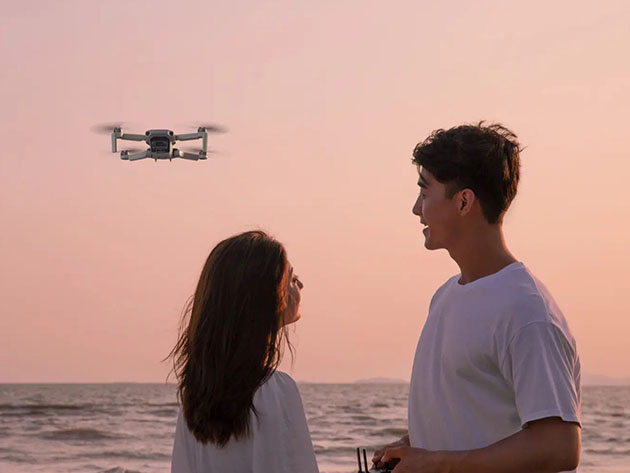 When it comes to drone technology, one name stands out: DJI. The company makes some of the best quadcopters currently available, along with some ultra-cool video cameras. Over Black Friday weekend, there are some great deals available on DJI tech — here are five of the best:

Perfect for any Iron Man devotee, this palm-sized quadcopter has a 720p HD camera onboard. It also has several flight modes, and pilots can program the drone to perform tricks using Scratch or Python. This special edition Tello offers 13 minutes of flight time and a range of 100 meters.

Weighing under 0.55 pounds, the Mavic Mini is no heavier than a smartphone. In spite of being a featherweight, this drone has a 3-axis gimbal and a camera that can send back live 2.7K quad-HD video to the supplied controller. Pilots can also set up cinematic shots with just a few taps.

This ground-based drone brings science and maths to life. Pilots can use custom code to guide the built-in artificial intelligence, and the S1 has 46 customizable components. It also has a camera for first-person piloting, and two-way audio for long-distance communication.

The regular version of the Tello drone is an even better value. It has the same 720p camera with auto-stabilization and 13 minutes of flight time. Ideal for beginners, this drone even has auto-takeoff and landing.

This powerful pocket camera captures videos at 4K resolution and 60fps, while using HDR technology to balance contrast. The front-facing screen is great for vlogging, and you can create epic action shots with 8x slow motion. This camera can even go underwater, with 11 meters of waterproofing.