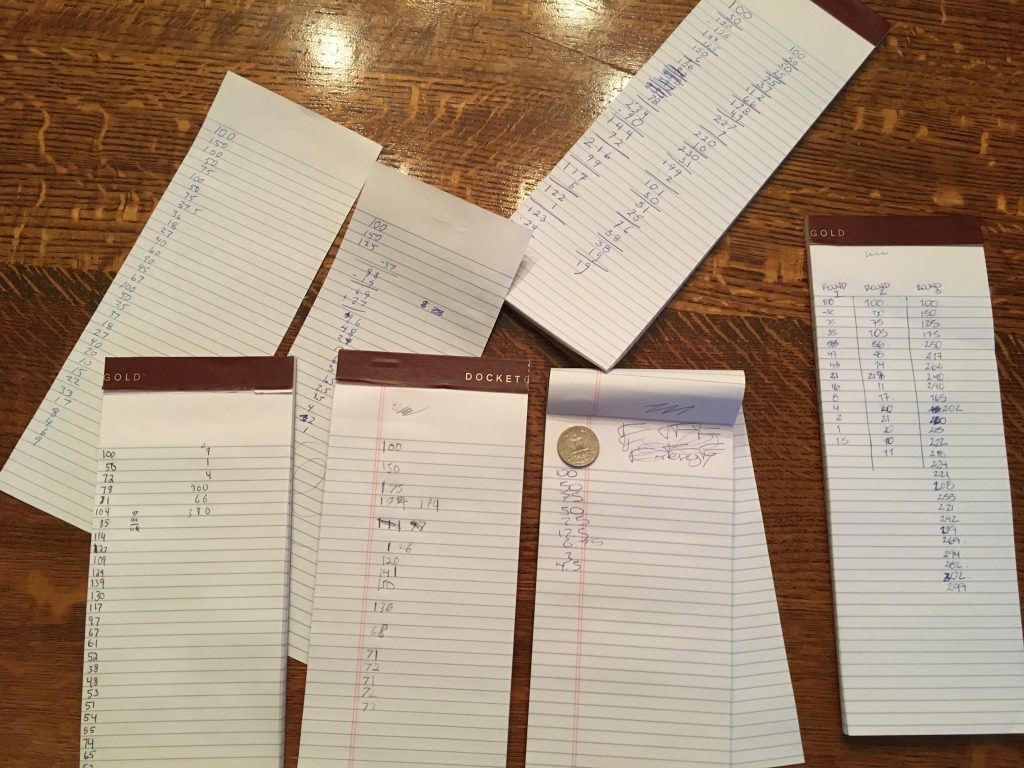 The game's rules are simple: everyone is assigned $100 in play money to begin with; they take it in turns to pick a player to have a coin-toss against, with the winner taking 50% of the lesser of pots of the pair (if both have $100, the winner takes $50 from the loser).

Very quickly, the winners of the initial coin tosses wipe out the remaining players, and then each other, producing an outcome with a single winner with all the money. What's more interesting than the ability of small amounts of random chance to produce oligarchic outcomes is the psychological effect of playing the game: over the duration of the very short games, the winners arrive at a "feeling of righteous empowerment based on being successful" and players experience class divisions.

Kahle based his game on an article in Scientific American: "Is Inequality Inevitable? Wealth naturally trickles up in free-market economies, model suggests. Neal Krawetz has implemented the game so it can run automatically in browsers.

What is amazing is that even through each toss is “fair” in that it is a 50-50 chance to win a straight amount of money, the results shows one player wins all the money, and really quickly.

Two nephews and their partners, Mary and I played 4 rounds in about an hour and we discovered social classes (we called the broke ones “organ sellers”), feeling of righteous empowerment based on being successful (even though it was completely random), but also that “free market” ended with all-but-one-of-us in a bad situation really quickly.

The Game of Oligarchy [Brewster Kahle]