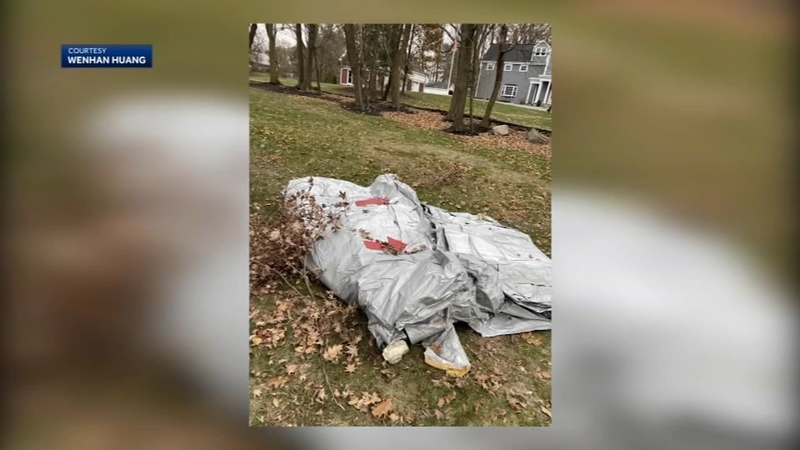 Can you imagine seeing this yourself, while you're wandering around, minding your own business, not expecting to see part of an airplane falling from the sky?

Thank goodness nobody was injured when on Sunday in the Boston area, an evacuation slide dropped from a Delta jet and fell right into the yard of a suburban home.

A Delta spokeswoman told The Boston Herald the slide, which was not inflated, fell from a plane that was en route from Paris to Boston around noon on Sunday.

Here's a video from the Boston area ABC affiliate.

From the AP roundup:

The Federal Aviation Administration says the pilot reported a loud noise as the plane approached Logan Airport and landed safely.

Police in Milton, south of Boston, alerted the agency that the slide had been found in a resident’s yard.

Wenhan Huang tells The Patriot Ledger he was doing yard work when the slide took out several branches of his Japanese maple.