Flip flops that spell out "Impeach Trump" in sand 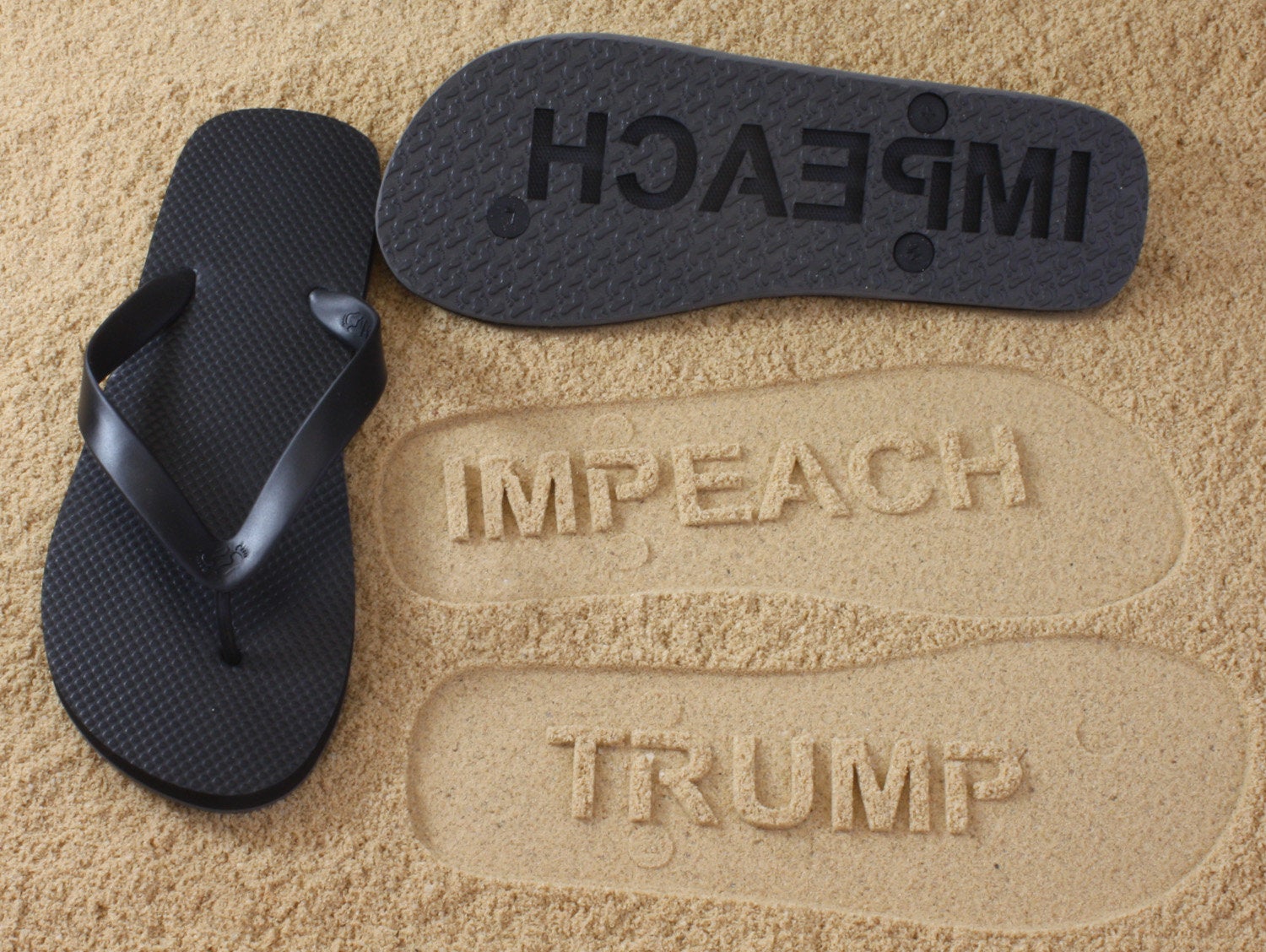 What better way to decorate the beach than this call to action?

Frustrated by the State of our Union? Our Dumpster Fire line of sand imprinting flip flops provide a lasting impression (or at least until the tide comes in) Buy a pair for yourself or for a comrade in arms. Guaranteed to provide some foot stamping fun!

Here is a tweet from Donald Trump, the man serving America as the 45th president.

Well, this is rather bold, isn’t it.