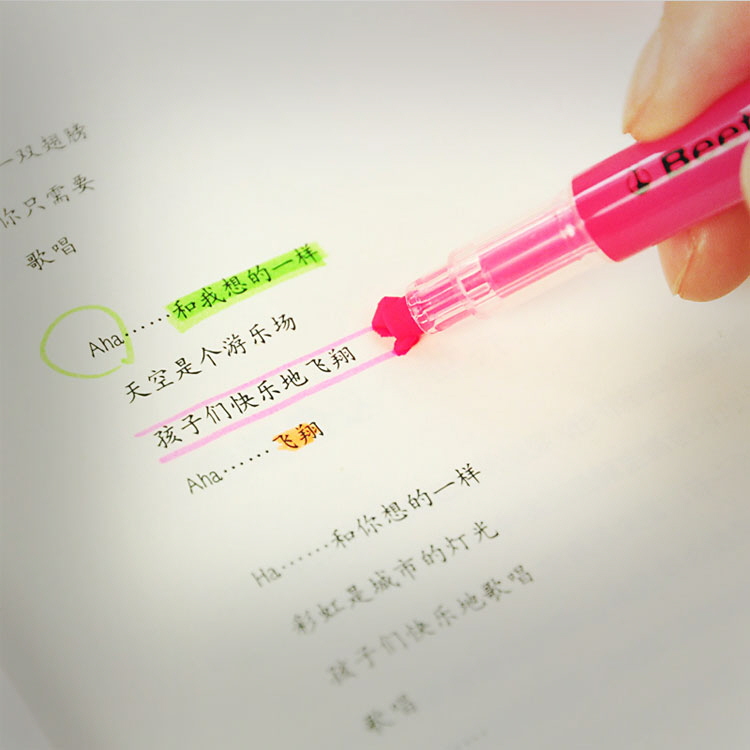 The business end of KOKUYO Beetle Tips highlighter looks a bit like a rhinoceros beetle's horns, hence the name. Three-way refers to the fun you'll have with the highlighter when you make three different kinds of marks with it.