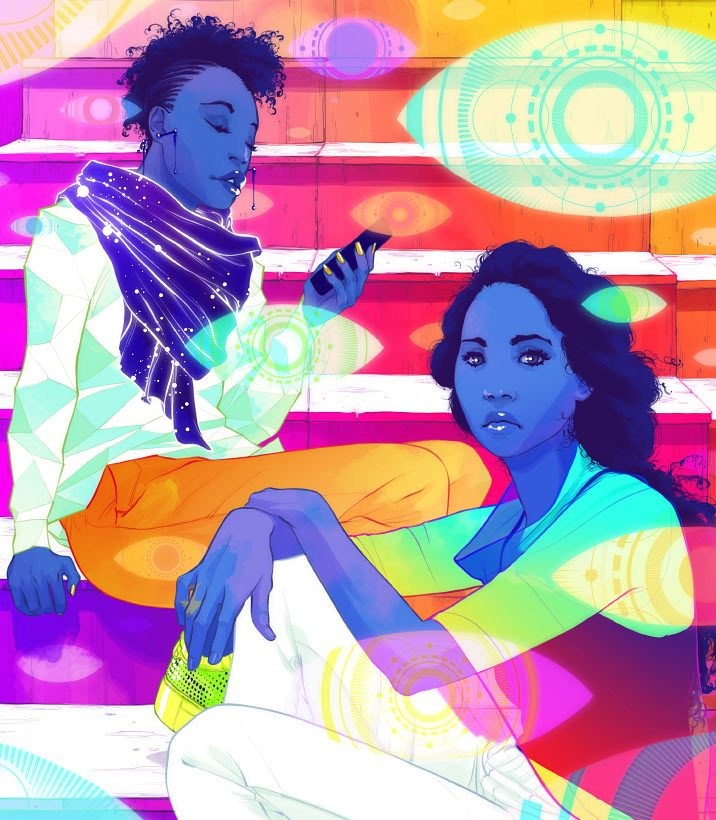 In my latest podcast (MP3), I've started a serial reading of my novella Party Discipline, which I wrote while on a 35-city, 45-day tour for my novel Walkaway in 2017; Party Discipline is a story set in the world of Walkaway, about two high-school seniors who conspire to throw a "Communist Party" at a sheet metal factory whose owners are shutting down and stealing their workers' final paychecks. These parties are both literally parties -- music, dancing, intoxicants -- and "Communist" in that the partygoers take over the means of production and start them up, giving away the products they create to the attendees. Walkaway opens with a Communist Party and I wanted to dig into what might go into pulling one of those off.

I don’t remember how we decided exactly to throw a Communist party. It had been a running joke all through senior year, whenever the obvious divisions between the semi-zottas and the rest of us came too close to the surface at Burbank High: “Have fun at Stanford, come drink with us at the Communist parties when you’re back on break.”

The semi-zottas were mostly white, with some Asians—not the brown kind—for spice. The non-zottas were brown and black, and we were on our way out. Out of Burbank High, out of Burbank, too. Our parents had lucked into lottery tickets, buying houses in Burbank back when they were only ridiculously expensive. Now they were crazy. We’d be the last generation of brown kids to go to Burbank High because the instant we graduated, our parents were going to sell and use the money to go somewhere cheaper, and the leftovers would let us all take a couple of mid-range MOOCs from a Big Ten university to round out our community college distance-ed degrees.

This is quasi funny and sad all at once. Stay classy Huntington Beach. pic.twitter.com/0kTvXcK9b5 — Michael Silver (@BigEastSilver) July 14, 2020 Welcome to Huntington Beach California, where sociopathic no-maskers are proud to declare their god-given right to spread aerosolized droplets of a deadly virus on the elderly and people with compromised immune systems. Image: Twitter