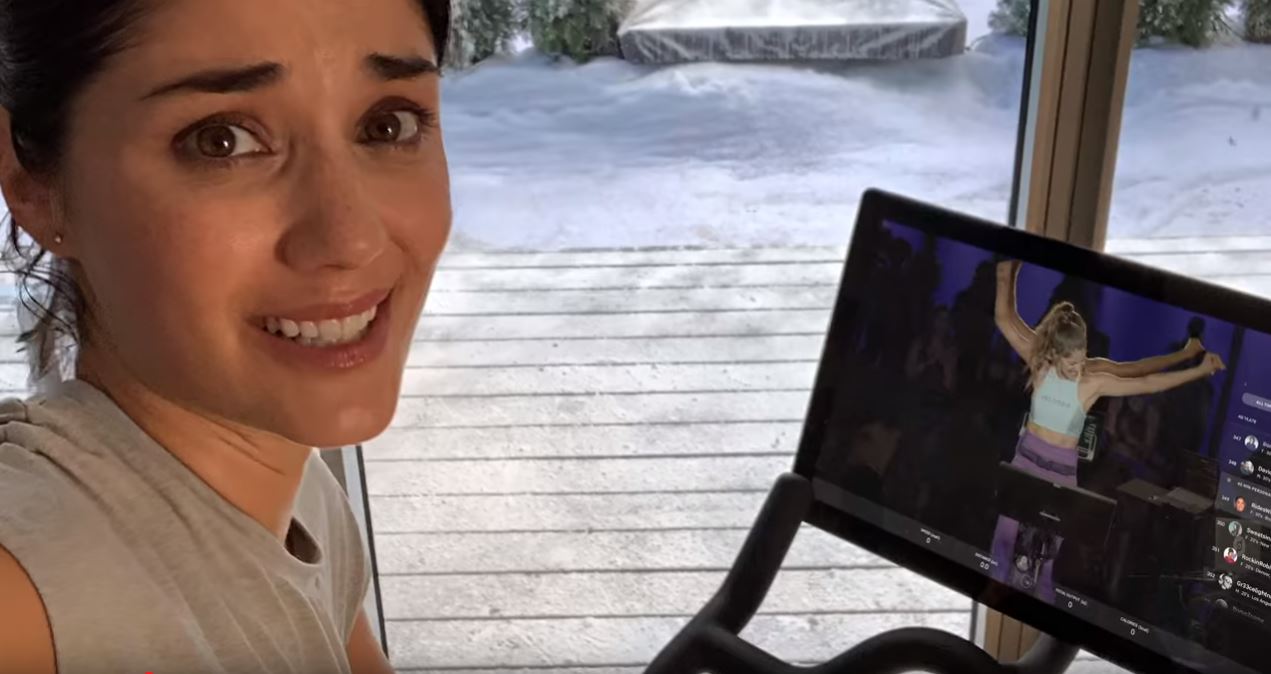 It's gratifying to see the correct takes pouring in that Peloton's new bicycle advertisement is deeply disturbing. I think it looks like an ARG advertisement for HBO's Westworld series, where everyone in the house is a host.

tell me this shit isn’t wildly sinister. Her grim motivation that pushes her to drag herself out of bed combined with exclaiming at the camera how blatantly, inexplicably nervous the Peloton makes her paint a bleak portrait of a woman in the thrall of a machine designed to erode her spirit as it sculpts her quads.

He smiles and she looks at him with the sort an expression that manages to convey duty and fear, mixed with a dash of Stockholm Syndrome, all at once.

Here’s what I do know. This commercial is not the Peloton’s fault. Oh no, you may think this ad is about how a Peloton coaxed a woman into madness. I’m here to tell you this is a false read. As someone who jokes that she loved Midsommar so much she joined the cult of cycling clubs this year, I can tell you that cycling doesn’t make you crazy. Much like Captain America’s supersoldier serum, it just amplifies whatever crazy you already have. For me, that’s making jokes about Midsommar whenever possible. For this woman, that’s talking to no one on her iPhone, her eyes full of constant dread, and obsessively filming her every workout just so she and her husband can watch it together.

Can't wait to see the director's next work.

Black Mirror Season 6? You're living it!

Apparently, Charlie Brooker has put Season 6 of Black Mirror on hold because he fears that reality has caught up with the dystopian series. Picking up on that, a Madrid ad agency, called Brother, came up with a mock ad for the show. It reads: “Black Mirror 6th Season. Live Now, everywhere.” Black Mirror. Season […]

Looks like “Grace from Boston” has fallen on some hard times. It’s not clear if she’s pounding back that smooth Aviation gin during her year-long exercise binge, or after she realizes that her husband’s seeming-generosity is actually some terrifying voyeurism. But at least she has some friends looking out for her, right? (Also, props to this actress […]

An hour-and-a-half episode of Black Mirror, called “Bandersnatch,” debuts on Netflix tomorrow. From the description: “In 1984, a young programmer begins to question reality as he adapts a sprawling fantasy novel into a video game and soon faces a mind-mangling challenge.”