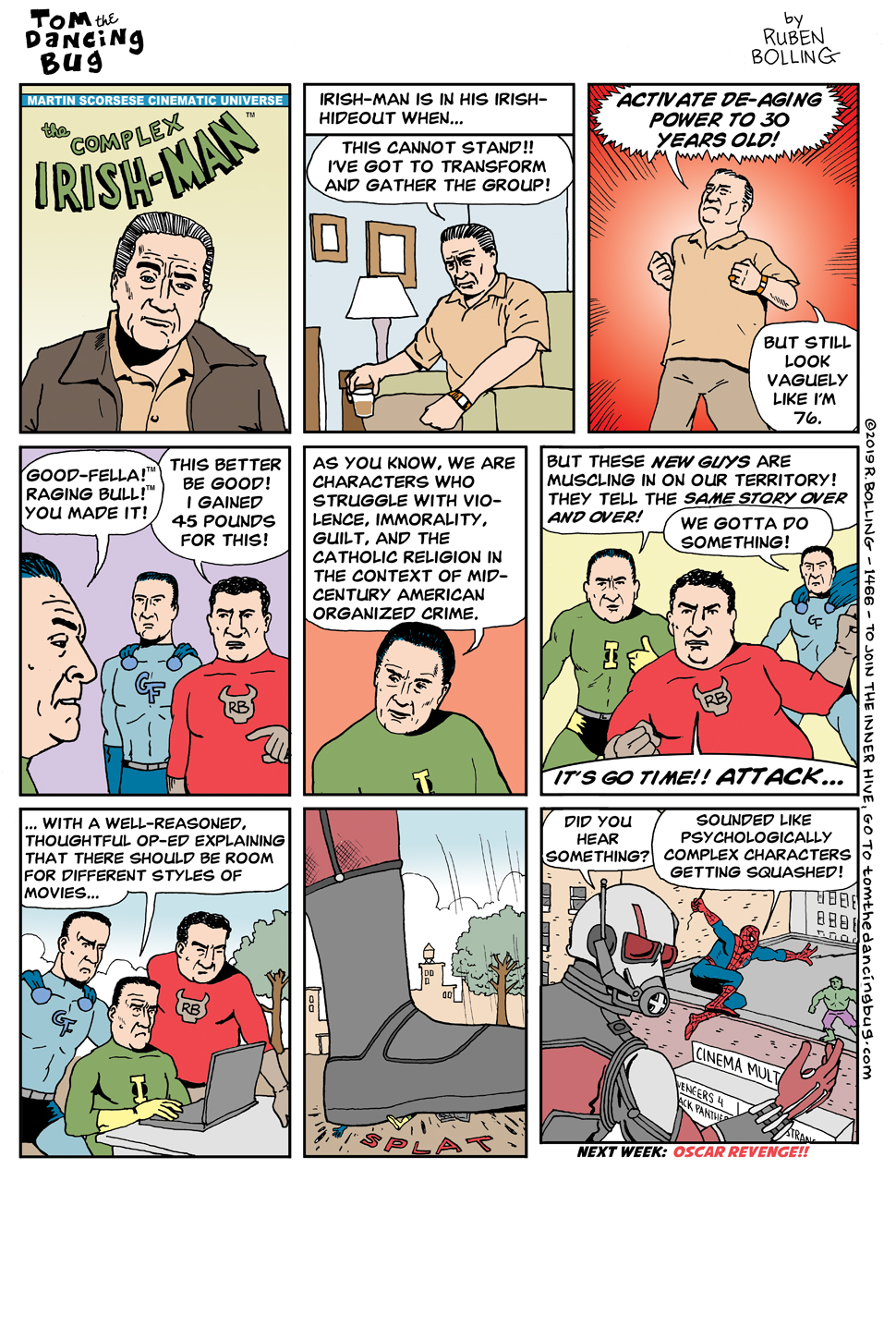 Tom the Dancing Bug, IN WHICH the Martin Scorsese Cinematic Universe's IRISH-MAN must gather the other heroes to confront a grave and powerful threat!