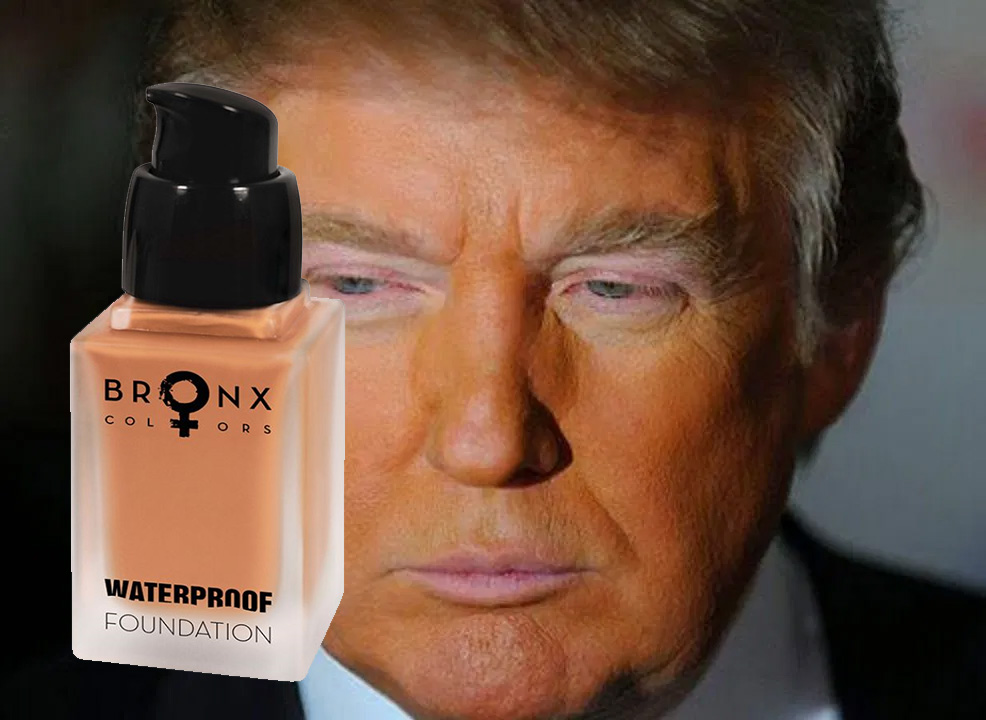 Xeni just posted a link to the Washington Post's story about Trump's undocumented personal servants, who spilled the beans on his personal oddities. It revealed the brand of makeup he uses as Bronx Color, a premium-mediocre Swiss brand with a perfect "Alaska Fried Chicken"-esque name to evoke American panache for eurotrash customers.

Here's a link to what I suspect is what's slathered on the presidential chops: the Nutmeg WPF06 Waterproof foundation [bronxcolors.com]. It's about 14 euros and heaven knows if they'll ship it to the States. It's occasionally found at Amazon but currently sold out.

Bronx Color is already milking the mention, but to push a product that is too orange, even by Trumpian standards, to be the one he uses all over.