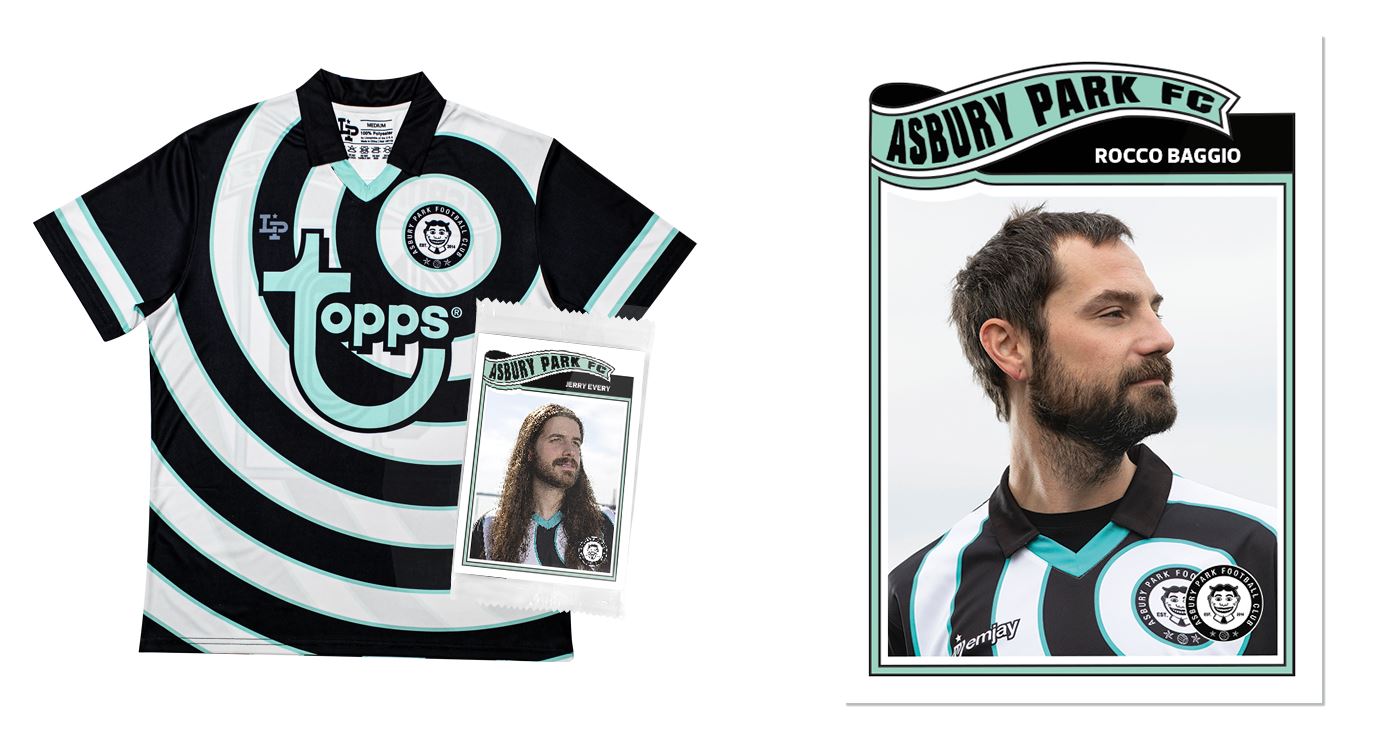 In 2013, Ian Perkins, a lifelong soccer fan and New Jersey-based British guitarist for the American rock band The Gaslight Anthem, began asking locals on Twitter about the location of the town's titular park, hoping he may be able to find a pickup game with the Americans. In response, Shawn Francis, then a stranger and social media professional who had run a number of Major League Soccer (MLS) accounts, chimed in by saying that "soccer isn't for playing anymore, but only for consuming." Shortly after this cheeky exchange, the two men decided to entertain the idea of building the joke further into a convincing facade of a professional football club, beginning with a Twitter account launched under the team name Asbury Park on January 7th, 2017.

The club's site is superior to most "real" teams, and has plenty of well-designed merchandise for sale:

And now Topps is selling a set that includes a jersey and a set of 12 trading cards:

While searching through the Topps Vault, unidentified film canisters from 1978 were recently uncovered. When developed just last month we discovered unseen photos of soccer players, but unlike the images used on cards from that era which featured teams and players from England, these featured players from a club much closer to the Topps headquarters in NYC.

It appears that prior to the full scale production of the 1978-79 Topps soccer set, Topps partnered with a legendary local soccer club out New Jersey for a test run. The Asbury Park Football Club (APFC), affectionately known as The Tillies, were making waves along the Atlantic coast, continuing their near-mythical undefeated run. Topps and APFC worked together on these cards in hopes of creating a US-based card set, but these never were printed as the film lost, only to resurface recently.

In celebration of the 40 year old discovery, Topps and APFC have once again joined forces, creating a special commemorative package that includes a reproduction of the iconic Tillies 1978 kit and a set of the 12 player cards from the unreleased test run.