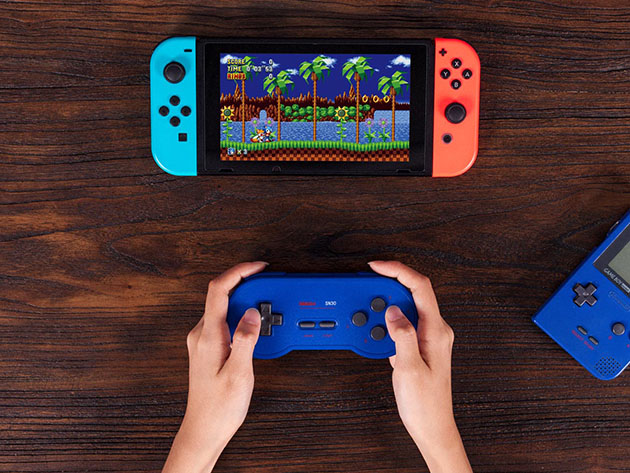 When the SNES launched back in the early 1990s, it changed gaming forever. One of the innovations was a gamepad with four action buttons — something that has remained a constant on controllers ever since.

The 8BitDo SN30 Bluetooth Gamepad brings that iconic design up to date, with Bluetooth connectivity and support for multiple platforms. Better still, it provides 18 hours of wireless gameplay on a full charge.

Although the SN30 is a very modern peripheral, it sticks very closely to the original SNES gamepad design. The controller is small enough to fit comfortably in the hand, with rounded corners and a large D-pad. In addition, the four action buttons are well spaced to improve accuracy.

With four different modes to choose from, the SN30 works with Windows, Android, macOS, Steam, Raspberry Pi, and Nintendo Switch titles. It suits a wide range of games, although playing NES and SNES classics on Switch feels great with this controller.

Being lightweight and long-lasting, the 8BitDo SN30 also works nicely when you want to visit your friends for multiplayer sessions. The gamepad normally retails for $29.99, but you can get it now for $20.39 when you use the 15% discount code MerrySave15.