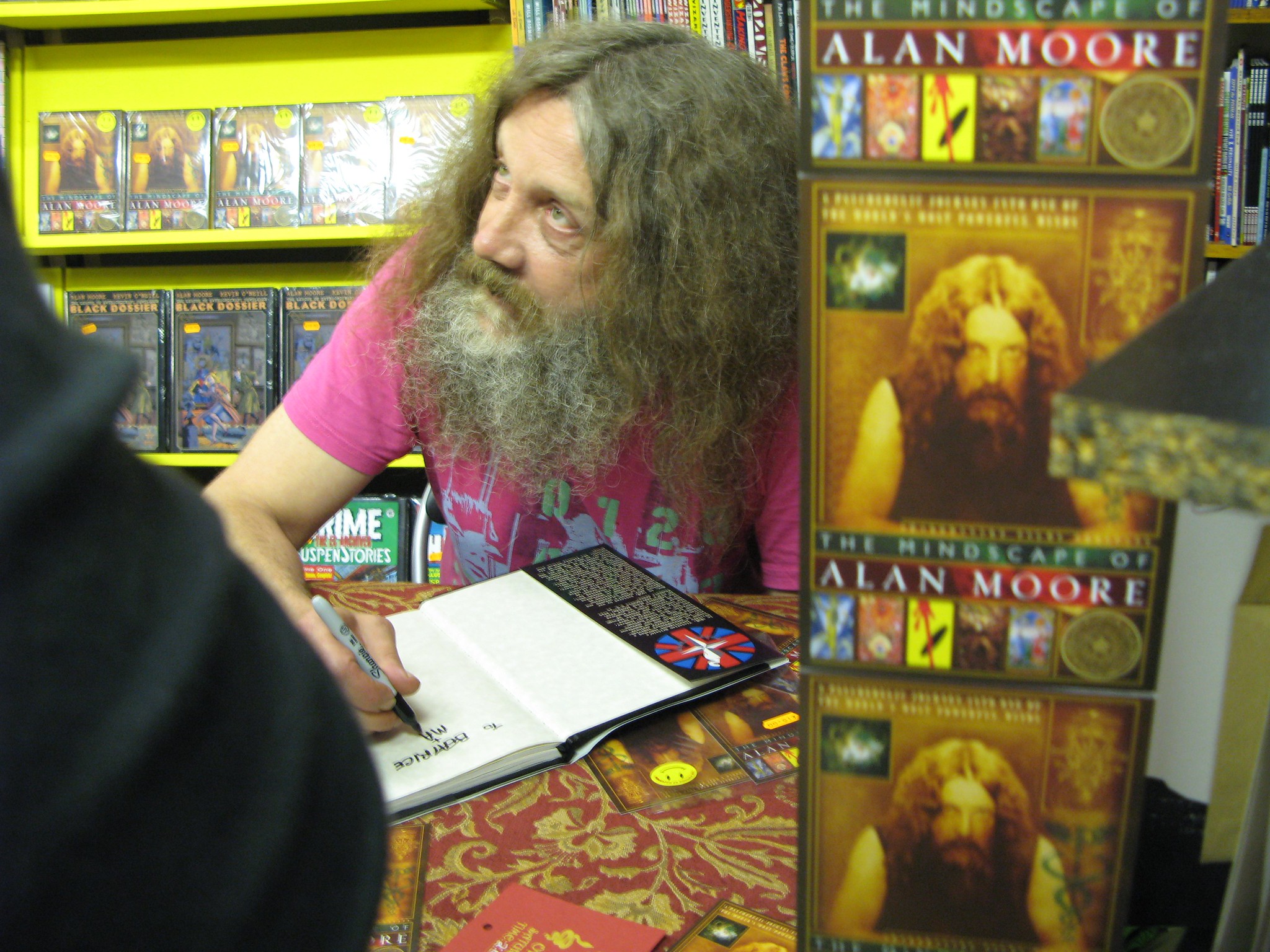 Alan Moore is one of the most well-known names in modern comics. Even if you're not a comic book fan, you've probably at least heard of the guy. There's a good chance you have at least a passing familiarity with his wild, unkempt mane, or the fact that he's a practicing wizard.

He's also known for being, erm, not the happiest person on the planet. He even voiced a parody version of himself on an episode of The Simpsons, reveling in the glory of his own crotchety reputation.

This year, Moore celebrated his 66th birthday by announcing his plans to vote in a general election for the first time in 40 years, in order to stop "this ravenous, insatiable Conservative agenda before it devours us with our kids as a dessert." But the meaningfulness of his actions was largely overshadowed on social media by the fact that Moore is still a miserable old witch and did you know there's a great new Watchmen show out.

Moore's voting pronouncement was made on the social media accounts of his daughter, Leah, who's a successful comic book creator in her own right. So Leah had to deal with a lot of these comments. And she made clear, she's had enough of people slagging on her father. Sure, she's aware of his faults. But if you understand where he's coming from, it will absolutely break your heart — just like his heart was repeatedly broken by the superhero comics he loved so much.

He has also clearly never watched any of the rather enjoyable comics based movies, or experienced any of the joy, support or inspiration they bring to millions of people. He hasnt sat next to a ten year old girl watching Captain Marvel or Wonderwoman for the first time.

Loved them so much he tried to make them into something that provoked thought and feelings, that addressed issues, that spoke to people the way superheroes had always spoken to him. That seems crazy to me. I have his collection of Marvel comics, dogeared from reading, from love.

It was that love that made him who he was! In the 80s he brought ecology and politics into his superhero comics, in the 90s he wrote 1963 which was a glowing fizzing love letter directly to his beloved superhero comics, he wrote that at the same time as From Hell, Lost Girls...

His problem was that the medium he adored was ruled by corrupt despots, that the people who made that magic were abused, that their contribution was not valued, that it was stolen from them. He already hated that before Watchmen. He already knew Kirby had been shafted.

He fulfilled his obligations to his fellow creators, he did the projects he could control and own, but he didnt want to browse comic shelves anymore. Thats so fucking sad it actually breaks my heart.

To see him dismissed as Crazy Old Alan Moore again and again, and people not know what made him that way? To see people dissing him when their job, their industry their medium was partly built on 40 years of his hard work? I am not heartbroken, just really fucking disappointed.

Can you imagine if he hadnt been fucked over? If instead of being Grumpy Alan Moore Shouting From His Cave he had spent the past 40 years putting out book after book for DC and the rest? Creating vast worlds full of the superheroes he loves? Enjoying comics? Its a damn shame.

I'd always understood that Moore's anger at the world was justified; even so, I still laugh it off sometimes as Angry Old Wizard Shouts At Cloud. But Leah's explanation here makes me realize just how tragic the whole thing really is.