Do you dare look upon this horse-wolfpack hybrid? 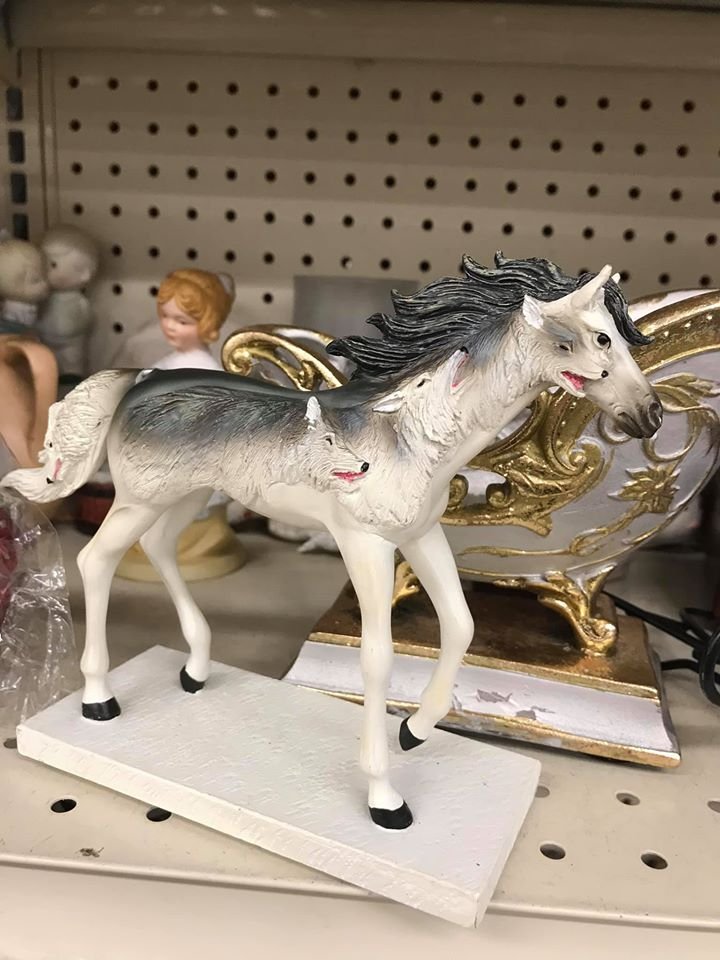 I haven't read the later books in the Southern Reach series, but I imagine if the phenomena had eventually extended past the swamp to interact with horses and wolves the result would have looked very much like this:

It seems to be a knockoff of "Twilight Hunters" from the Trail of Painted Ponies series:

The series includes several horse/animal combinations. Artist Lori Musil explained her first horse in the series, a horse/cow hybrid, was inspired by searching for a horse on her friend's farm:

The house was surrounded by a picket fence and beyond that, as far as you could see, all you could see were Herefords. I walked around for a while, moving among the cows, calves and bulls, but I couldn’t find the horse. Finally I gave up, and after my friend had a good laugh, she came out with bucket of grain, shook it, and this head popped up with the ears standing straight. Apparently he would hide among the cattle when he thought he was going to be ridden, but when it came to grain, he couldn’t resist.

You can see other horses in the series here.