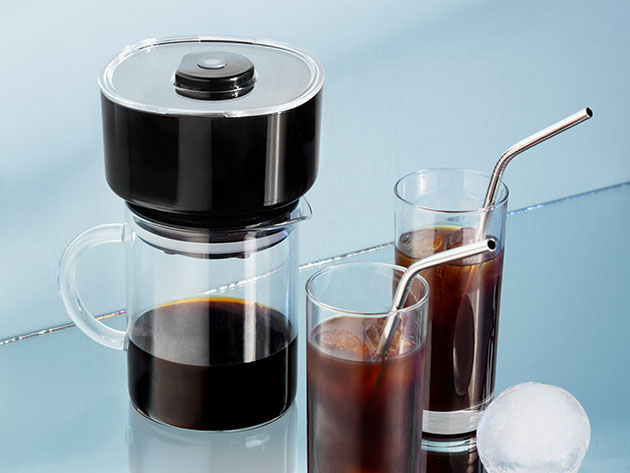 There's much ado about coffee brewing methods these days, but most of us - at least on the busy weekdays - just want our morning joe to be consistent, easy, and most of all, fast.

If that sounds like anyone on your Christmas list, they're going to get a lot of mileage out of the FrankOne Cold Brew & Coffee Maker.

This maker is just the ticket for busy bees who need that jolt in the morning, and it's portable enough to be used at work. The operation is super easy: Just pour your grounds in the top, then water right after it. Press the button on top, and wait - but not that long. The system will filter cold brew into the carafe in four minutes, significantly faster than traditional cold brewing methods. If you pour hot water in, your regular hot coffee takes only seconds.

The whole thing rinses clean, and it's fully rechargeable by USB cable.