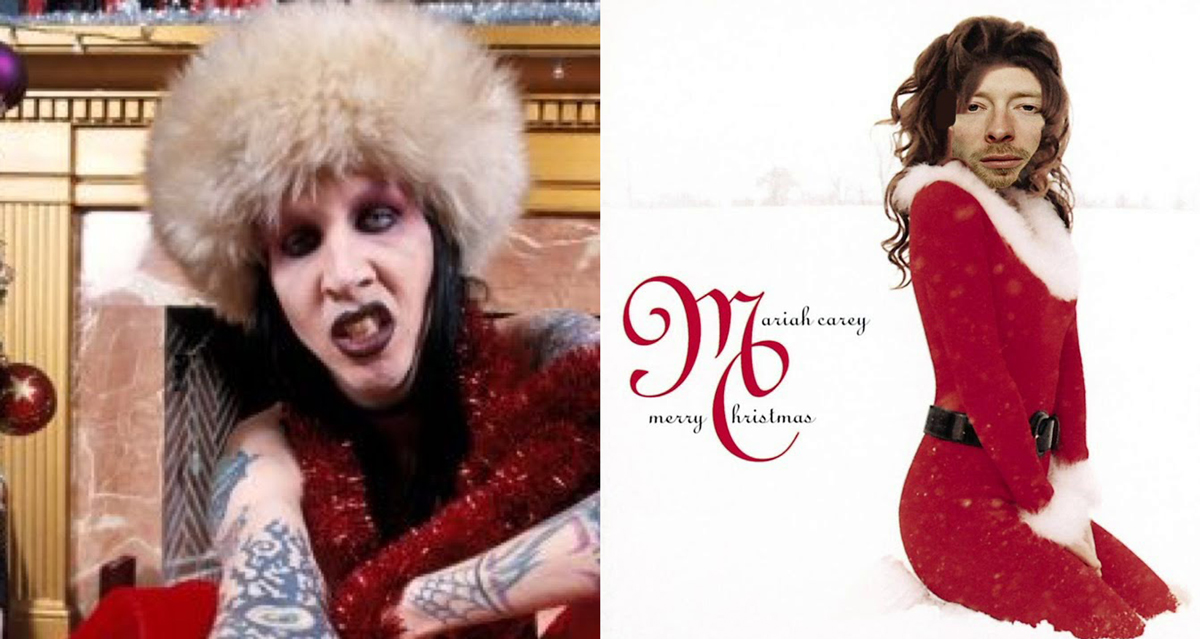 The Mariah Carey mashups are coming out of the woodwork this holiday season.

Then there's YouTuber William Maranci's Radiohead/Mariah mashup. It takes Carey's same Christmas hit and combines it with "Creep," making for "Creep But It's All I Want For Christmas Is You." One commenter describes it aptly, "this feels exactly like dissociating in a jcpenny in December":

Wait! There's one more, called "Don't Stop Christmas Now," and it brings in Queen's "Don't Stop Me Now." It came out last year, but I'm going to include it anyway.

Did you know that in 1978 a San Francisco band called Little Roger & the Goosebumps recorded a mashup song that blends Led Zeppelin’s “Stairway to Heaven” with the theme to the sixties TV sitcom about seven castaways? I sure didn’t! Well, that 6’8″ clown Puddles Pity Party did and now he’s performed this cover […]

'Parks and Rec' mashed up with real-life anti-maskers footage

View this post on Instagram ‪We’re officially living in a Parks and Rec episode. #WearAMask ‬ A post shared by Law ⚡ (@lawjsharma) on Jun 24, 2020 at 8:07pm PDT Who can tell real life from sitcom fiction anymore? This mashup video combines actual footage of angry citizens ranting about mandatory mask-wearing with TV’s Parks […]