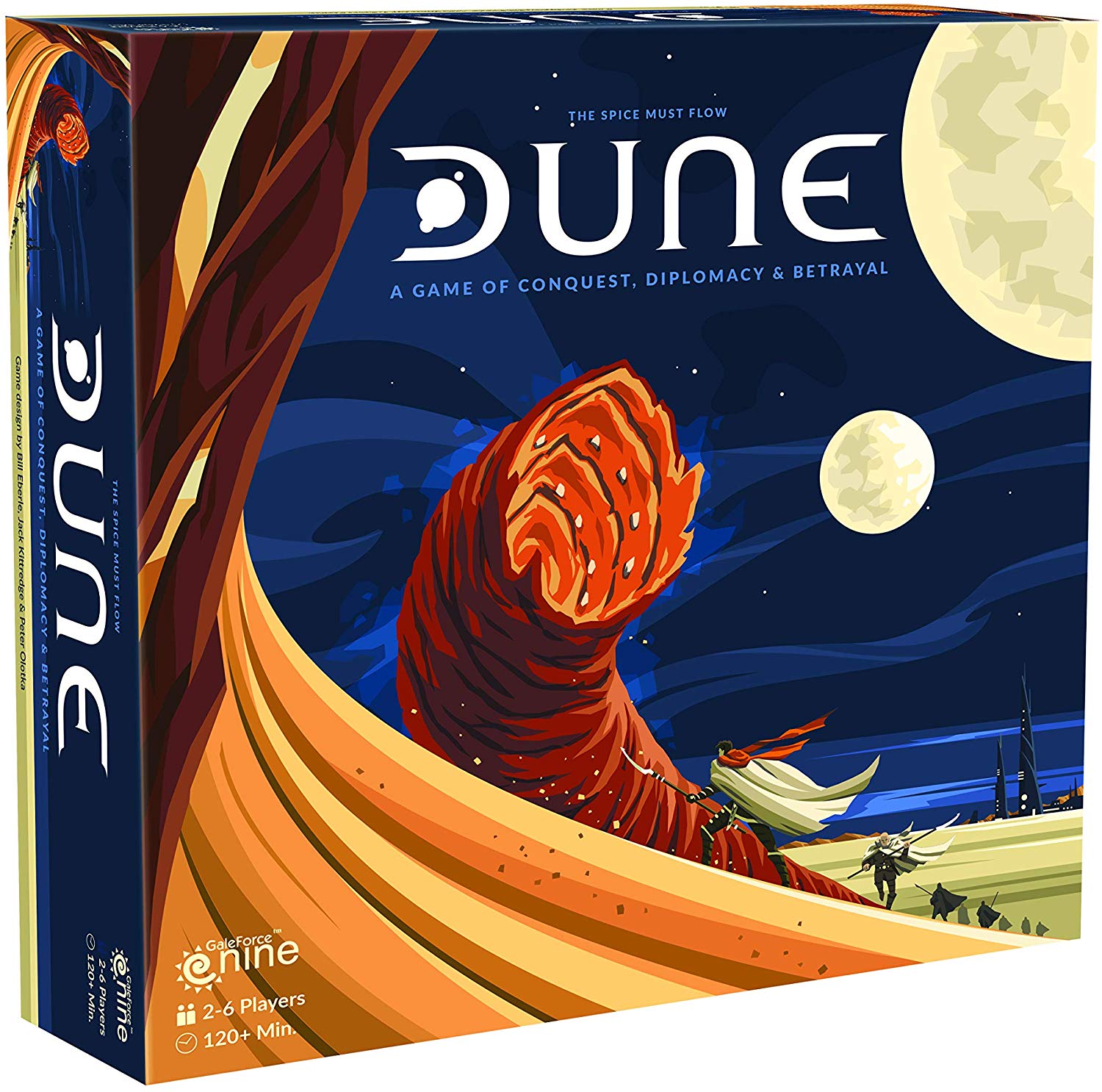 Looking for gifts for tabletop gamers? Here are some of my suggestions, based on games I've enjoyed this year... and games I would love to see under my Tannenbaum.

What were some of your favorite games this year? Let us know in the comments.

It's back! One of the most beloved and highly-regarded board games of all time, long out of print, has a new publisher (Gale Force Nine) and a new edition. This version has new art (based on the fan-created 2011 print and play edition) and some rules streamlining and clarifications, but is otherwise very close to the classic Avalon Hill edition.

I reviewed this wonderful, medium-weight board game of classic monster mayhem in my Halloween gaming article. Easy to pick up, fun, cooperative play with a decent amount of replayability. Work together to get the hapless villagers to safety while fending off Dracula, the Frankenstein monster and his bride, the Wolfman, the Creature from the Black Lagoon, the Mummy, and the Invisible Man.

Here's one that's on my holiday list. I love the premise of this game. An ark ship, sent from a dying Earth, contains humanity's DNA and the genetic heritage of the entire planet. This precious cargo is all watched over by machines of loving grace. Actually, it's watched over by a committee of competing AIs. The global conflicts that destroyed the world meant that the nations of the Earth couldn't agree on a single AI to mother such an invaluable cargo. You and up to three other players are the AIs who must work together for the common goal of keeping the cargo safe. AIs collect Victory Points, and at the end of the game (hopefully when you reach a suitable new world), the AI with the highest VP wins. I'm usually not a fan of worker placement games, but this game looks gorgeous and I find the theme intriguing.

Earlier this year, Osprey released Judge Dredd: The Cursed Earth, a 1-4 player card game based on the company's highly successful The Lost Expedition. Now they've taken another of their successful titles, Martin Wallace's Wildlands and re-skinned it with the dystopian wastelands of Mega-City One. Like Wildlands you get 20 beautiful, ink-washed minis and a two-sided gaming board. The mechanics are very close to its predecessor with a few tweaks and some welcomed streamlines.

Last year's release of a new edition of Games Workshop's Necromunda was a huge hit. This year, GW has released a new version of the game that is massive (at nearly 12 pounds) and expensive ($246). Inside you get dozens of terrain sprues and two new factions, the Corpse Grinders and Palantine Enforcers. The game comes with the full Necromunda rules. It has long been rumored in the Warhammer 40,000/Necromunda "fluff" that those who die in the lower depths of hive cities end up in the food supply. Necromunda is PEOPLE!!!!! This is the gruesome theme of Dark Uprising as a team of Imperial law enforcement is sent into the depth of underhive to put down a rogue band of Chaos-tainted cannibal meat workers that have gone berserk. Mmmmm.... pass the "Corpse Starch."

One of the games I highly recommended here in 2018 was Gaslands, the post-apocalyptic vehicular combat game where your playing pieces are converted Hot Wheels and other die cast cars. It remained one of my favorite games in 2019 and we even got a cleaned up, slightly expanded new hardcover edition. At under $20 for the rulebook, Gaslands is still one of the cheapest (and coolest) tabletop wargames you can get into. And converting the cars is seriously addicting. I have way more cars than I could ever field and dozens more Hot Wheels cars waiting in my chop shop to be Mad Max-ified.

The create-your-own combat vehicles of Gaslands has finally led to a number of miniature makers starting to produce weapons and upgrade sprues for the game. One of the best is North Star's Implements of Carnage. You get two frames of guns, engines, armor, wheels, drivers and gunners. Even a motorbike.

I covered this game last month, but wanted to suggest it as a great gift for anybody into fantasy skirmish games. And you'll be supporting one of the more impressive one-man bands in the gaming world. See my other choices for cool (and highly giftable) indie games in my piece last month's piece.

These gemstone dice are amazingly beautiful. They aren't cheap, but they're reasonable relative to other artisan dice of this quality. They come in a variety of stones, such as quartz, fluorite, cat's eye, agate, sandstone, and obsidian. These really do feel like gems, and what could be more D&D than that? They are rather fragile, being made of rocks and minerals. The seller recommends that you roll them on a felted dice tray. Prices range from $50 to $100 for a set of seven dice, from d4 to d20.

Want to give a hobby gamer the gold-plated toilet of modeling tools? Reach for the God Hand, the overpriced precision side cutters known by a not-at-all audacious name. You can probably get the same performance from cutters costing half as much, but hey, are they called the God Hand? And I may be snickering at this product a little, but guess what's on my Christmas list?

Trust me. If you're buying gifts for a hobby gamer, they need to have one of these Olfa ratcheting utility knives.

If the hobby gaming nerd in your life doesn't have a wet palette, they need one. Stat. It will up their painting game in ways they can't imagine until they've tried it out. For under ten bones, this is another must-have. Army Painter also has a fancy new wet palette (see here). This one has several benefits over the cheaper models, including an internal brush carrier and a safety strap to keep the palette closed. This would make a great travel palette.

For even more game-gifting goodness, check out my guide from last year and all of the "What's new in tabletop gaming" I posted this year.