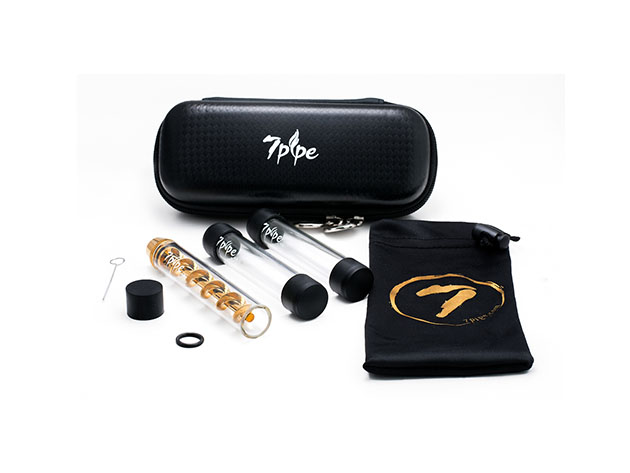 You might know someone who can make a pipe out of any conceivable household object. But if they're doing it every time they smoke, it might be time to get them a little Christmas present. And we've got just the thing: The Twisty™️ Glass Original Combo Pack, priced way, way down for December.

If you've never used a Twisty before, this is the pipe that has changed the game in recent years for serious smokers. The spiral structure means that smoke has to travel up through five chambers before it reaches your lungs, cooling down each hit by more than 30% over traditional pipes. (And significantly more, when compared to your college buddy's "beer can with some holes poked out" version.)

It also holds 2 grams of smokeables, is easy to fill and stays lit longer thanks to the "infini-cherry" design.

The combo pack contains the Original Twisty Glass, a zipper case, microfiber bag, cleaning brush, replacement caps and tubes and much more. It's already more than 40% off retail, but you can take an extra 15% off that final price by using the coupon code MERRYSAVE15.