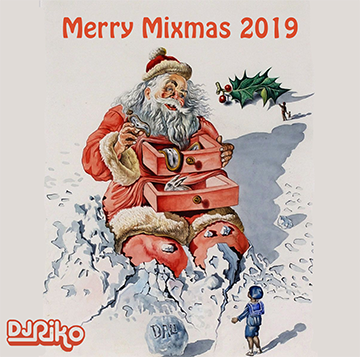 We love DJ Rijo's annual Merry Mixmas albums, and for the 18th consecutive year, the legendary mashup DJ has released an album-length mashup of Christmas rarities (MP3), just in time for your holiday parties!