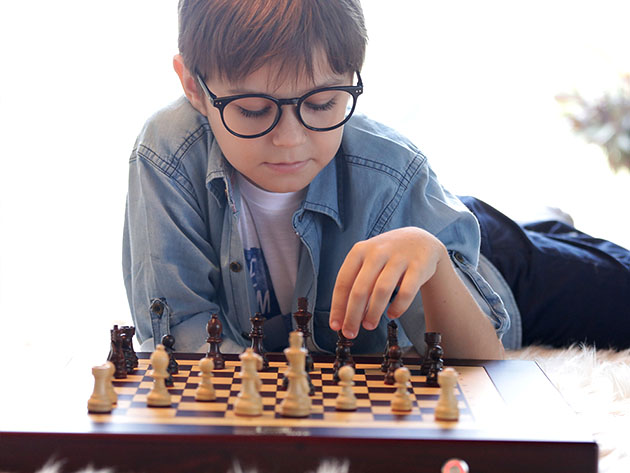 There are few intellectual exercises better than a good game of chess against a capable opponent, which is why a lot of old hands at the gameplay it online. But there's still nothing like the tactile thrill of moving a knight into checkmate. (Or sweeping the pieces off dramatically when you lose.)

That's why we're really in love with Square Off, a chessboard that lets you have that immediacy of a physical board and moving pieces - whether your opponent is in the room or not.

This classic-looking rosewood board is especially great at building interest among chess newcomers, with 20 levels of AI difficulty that you can ramp up progressively as you learn from each game. Ready to take on a human? You don't even have to take it down to the park. The board is connected to an app that lets you find players on your level from a community of 30 million.

But the real hook here is the robotic inner workings that move the opponent's pieces, whether they're a faceless program or a remotely-playing human. And hey, if you do prefer the park, you can still take it down there and let people watch you play against a "ghost": It runs on batteries that are good for up to 15 games per charge.

Square Off: World's Smartest Chessboard is currently 15% off the retail cost, but you can take an additional 15% off that price by using the coupon code MERRYSAVE15.