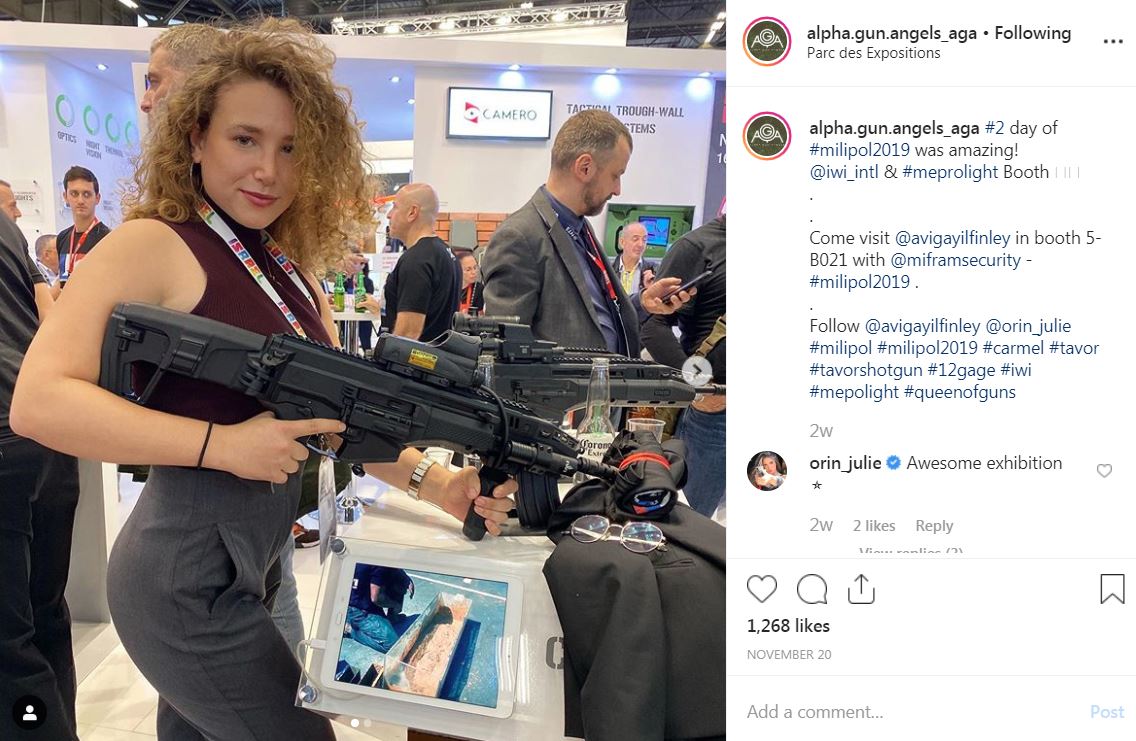 Earlier this year, Vox looked at the popularity of female influencers showing off firearms on Instagram. Facebook/Instagram forbids advertisements promoting the sale or use firearms. So, marketers pay influencers to dodge the rule:

There are dozens of women (it is mostly women who are gun influencers) making partial or complete livings off Instagram grids full of guns and perfect smiles. Some of them are hunters, some of them are veterans, some participate in professional shooting sports, some also swing-dance, some play soccer. Some look really good in a pair of camouflage overalls or a red, white, and blue onesie or wearing almost nothing, and all of them have come up with their own rules about how best to monetize these physical realities.

They’ve done something that the companies in the firearm industry cannot do on their own: make the gun lifestyle as attractive and aspirational as all the others on Instagram.

One such group is the Alpha Gun Angels.

Writing for Jewish Currents, Sophia Goodfriend looks at the business:

The Alpha Gun Angels, who bill themselves as Israel’s premier gun-modeling and social media–marketing agency, are a team of nine active and veteran IDF combat soldiers turned Instagram celebrities. On social media, the Angels market their combat experience as a sexy lifestyle brand, turning Israeli militarism into a generic but alluring image to be sold to gun companies, militaries, police forces, and gun rights advocacy groups around the world.

Her photos were often accompanied by captions punctuated by flag emojis, promoting American-style gun rights rhetoric alongside Israeli nationalism: “no matter how hard it’ll be WE WILL DEFEND OUR LAND!” or “#gunsdontkillpeople #secondamendment.”

Read the rest of the article here.