Puma loses 3 cup shuffle game, but it turns out fine in the end 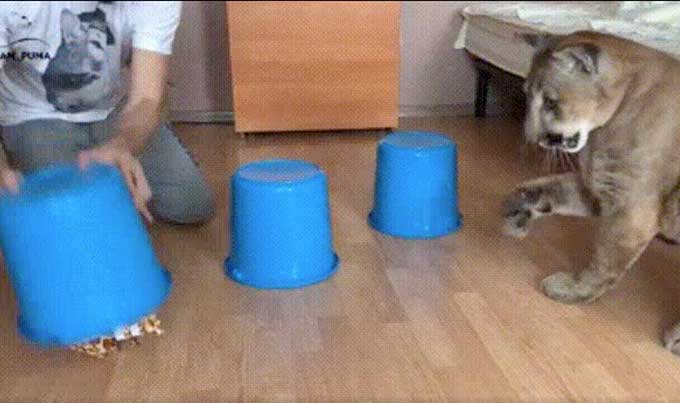 This adorable puma is willing to play a game with its human, as long as it receives the prize, win or lose.