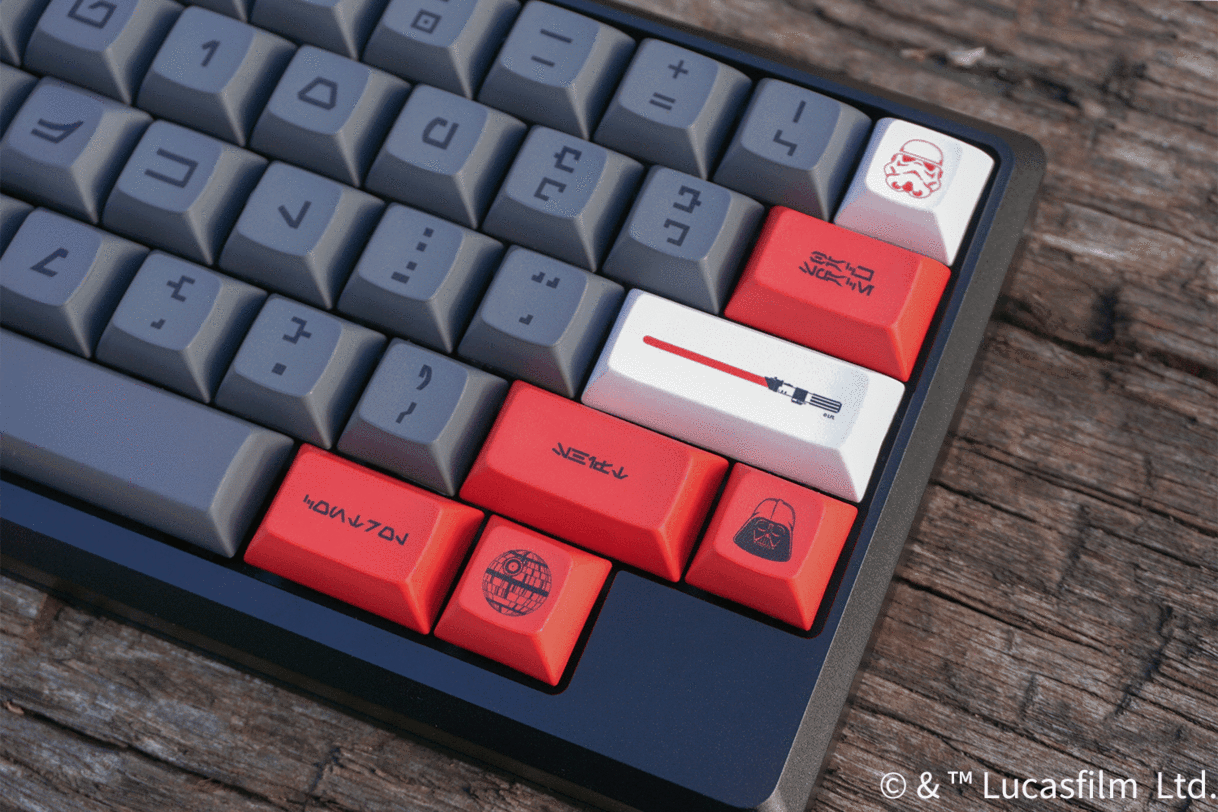 One can buy, at considerable expense, a set of Imperial keycaps themed on Star Wars' galactic empire. Insert "you don't know the power of the Dark Side" joke here.

BONUS: Here's a CNC-carved aluminum stormtroooper keycap to go with it.