Save over 50% on this collision-detecting dash cam 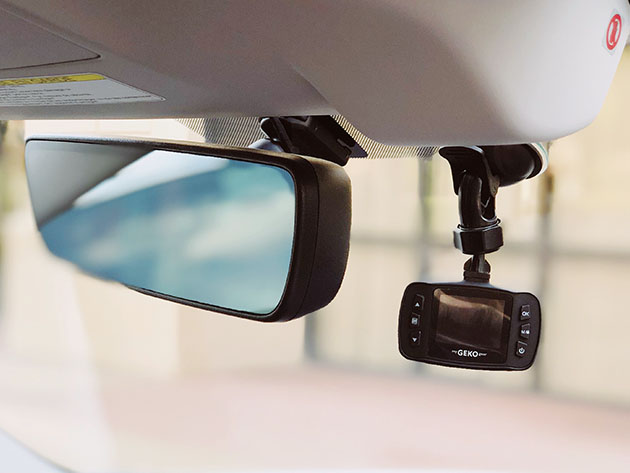 People who ask themselves why they need a dashcam usually have one thing in common: They've never been a serious collision. Even in fender benders, these gadgets can save you an immense amount of time and hassle, stopping headaches before they even start.

If you're looking for a reliable starter cam, the myGEKOgear Orbit 110 Full HD Dashcam hits all the marks for a surprisingly low price point.

The video quality is likely higher than you'll need in most cases - but better to be safe than sorry. It shoots 1080p HD video day or night, thanks to the CMOS sensor. Another crucial factor: A 120-degree wide-angle lens that allows you to capture more than just the lane in front of you.

Once you mount it, you're good to go. A G-sensor will automatically detect undue braking or collisions, and the video is stored on an 8GB MicroSD card (but you can also expand your storage up to 32 GB if you like).

The Orbit 110 is currently on sale for half off the retail price, but you can take an extra 15% off that by using the holiday discount code MERRYSAVE15.