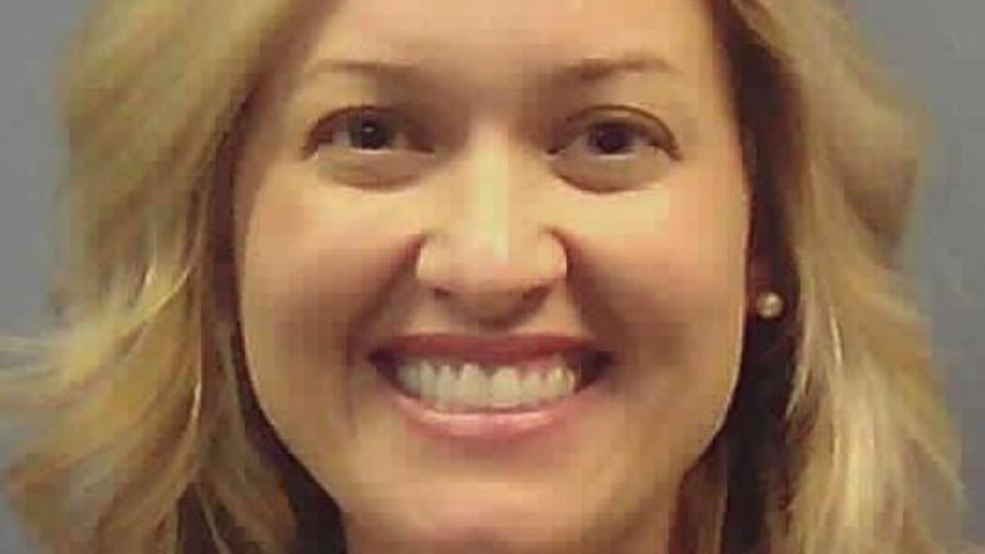 Abbey Winters, the wife of Chattooga County, Georgia's sole county commissioner, was arrested Friday and charged with battery after pouring a drink on a reporter. The reporter had apparently asked her husband, Jason Winters, a difficult question about a trip to France. The drink was named as "soda", but the brand and flavor were not disclosed.

The wife of Chattooga County's sole commissioner poured a soda on a reporter's head this morning. The Summerville PD is charging Abbey Winters with simple battery and disorderly conduct. The reporter is Casie Bryant of All On Georgia. Photos courtesy of the Summerville News pic.twitter.com/V3pz6UbWY8

Below is embedded video of the public-meeting mayhem, posted by AllOnGeorgia. The victim, AllOnGeorgia reporter Casie Bryant, is out of shot, as is Abbey Winters, but you get the NSFW dialog and the hapless excuses about how she had it coming.

MUGSHOT RELEASED: NewChannel 9 was provided the mugshot of Abbey Winters. Winters is a Chattooga County Commissioners wife accused of spilling a drink on a reporters head during a budget meeting.
MORE HERE: https://t.co/mr1VG1sHsQ pic.twitter.com/0EVQsavmbF