AI Dungeon, the "infinite" text adventure is available as a smartphone app 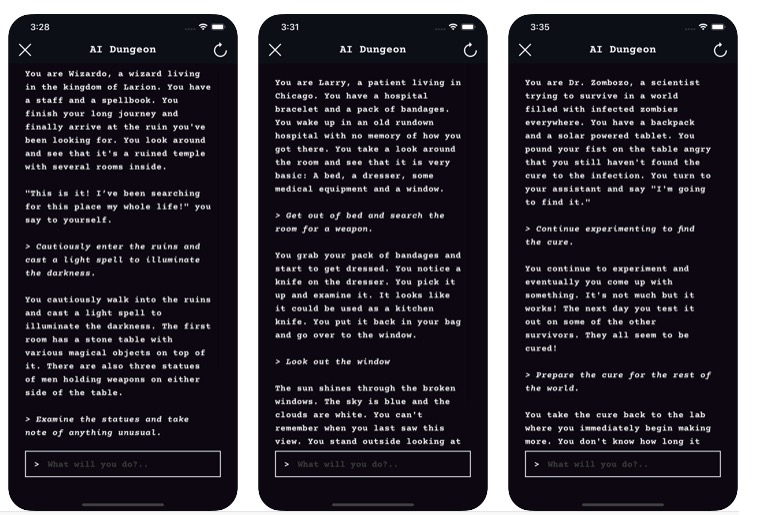 AI Dungeon, a vastly open text adventure that used artificial intelligence to generate responses to your commands, is now available as an easy-to-use smartphone app (the web version was clunky). The Verge has more:

We tested the iOS version briefly, and although there were a few game-breaking errors, it’s generally as easy to use as you’d want. Responses to each input still take a few seconds to process, which rather slows the experience, but it’s definitely quicker than the web version was, and each interaction with the AI is as surprising (and frequently delightful) as before.

There are also helpful tips for newcomers, reminding you to start each of your text commands with a verb, or use quotation marks to indicate when someone is speaking.