A Calvinesque and Hobbesian look at Donald's many imaginary friends 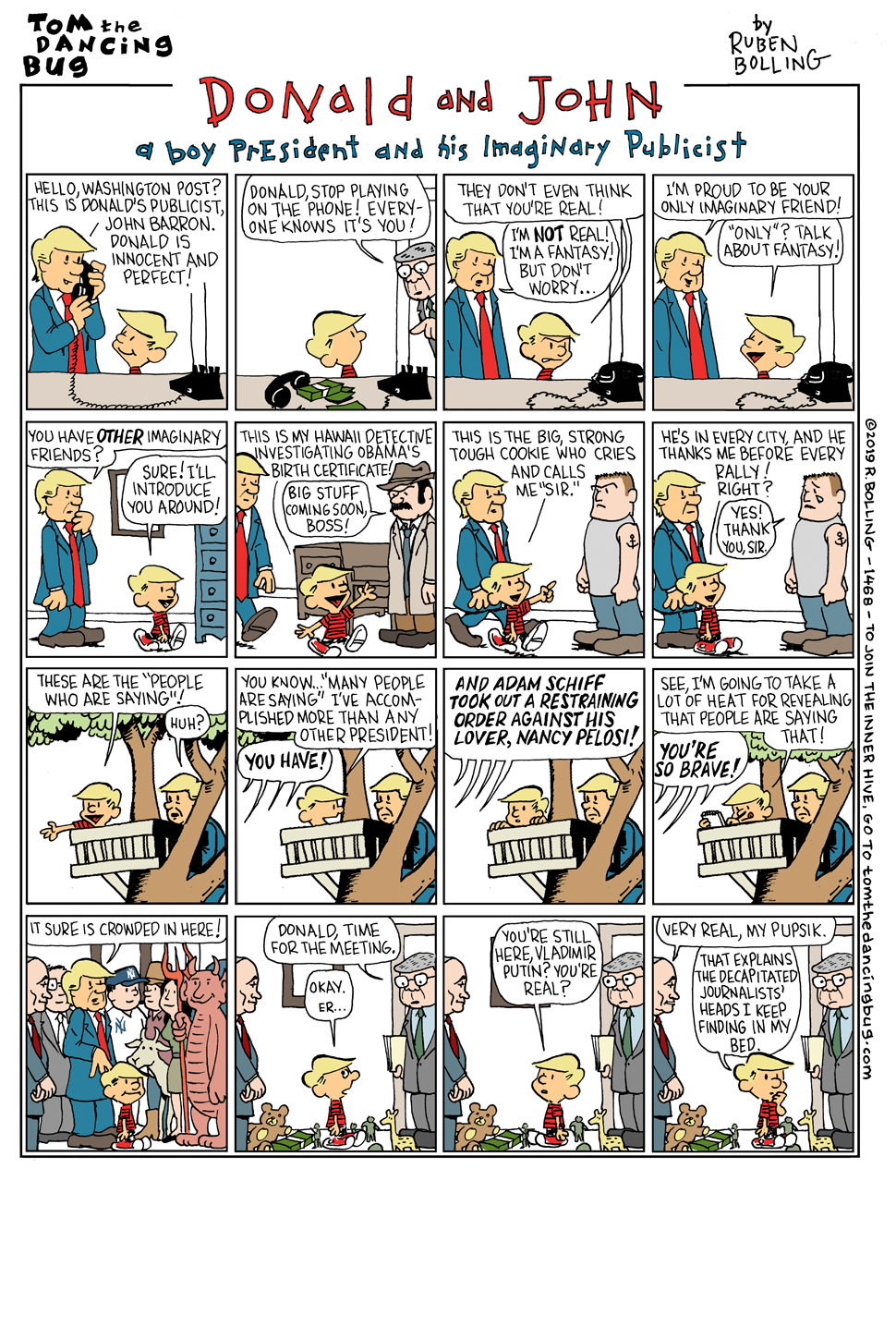 Tom the Dancing Bug, IN WHICH the plucky little boy president Donald checks in on his many, many imaginary friends.

YOU CAN NOW give a loved/liked/chosen one an INNER HIVE gift membership for the 2020 year. INFO HERE.