The Kinship Hybercube and the meaning of progress in Civilization games 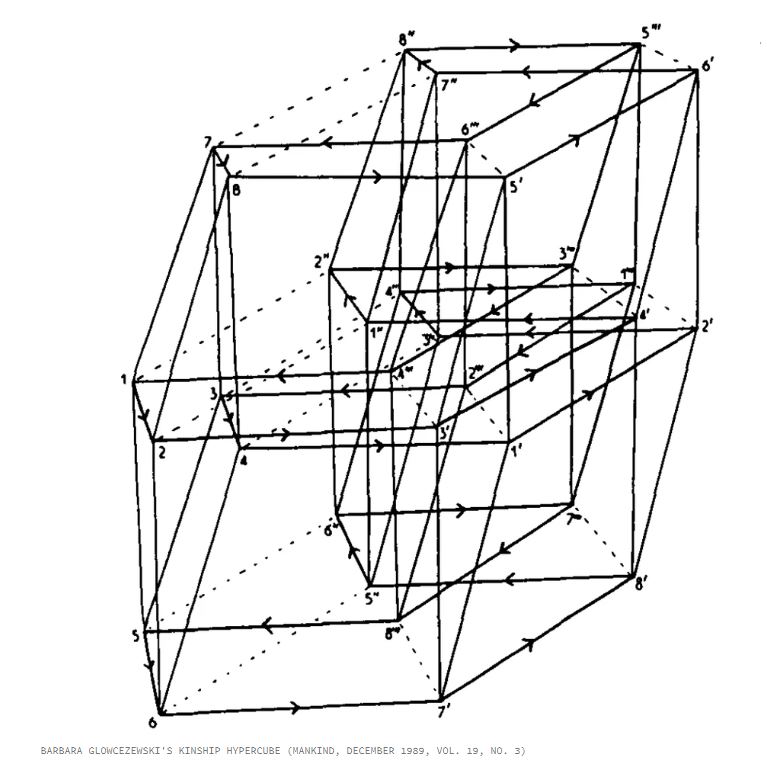 Writing for Vice, Gabriel Soares takes a look at Civilization and why a standard playthrough tends to get more boring as the player reaches modern day technology:

what is progress in an historical 4X game? To be blunt, it’s the elimination of difference. The closer you are to “us”, the more you have progressed.

Effectively your only decisions are how to advance through a predetermined trajectory culminating with “us”, "the US”. This is easier to perceive in tech trees, but it’s also true of those two other Xs: expand, exterminate. Make the world homogenous, make the world boring. Those early turns players like put them into contact with difference. The rest of the game sees them destroy it.

In the course of discussing what "progress" means, Soares describes an effort to study aboriginal culture. A sociologist had planned to derive the "Elementary Forms of Religious Life" by observing the supposedly simplest religion of Aboriginal Australians:

Problem is, if you’re going to grade different peoples on their relative simplicity like some kind of Olympic judge, you first need to decide what the sport is. Nobody disputes that Indo-Europeans are great at making products, matter of fact “providers of merchandise” or “people of merchandise” is one of the most common names for the “white man” among Amazonian peoples. But what about everything else?

Because those very same Australian aboriginal populations who have been so continuously discriminated against by generations of academics have also developed the most complex kinship systems on the planet. There is, of course, much diversity between different populations, but many defy the limits of what can be modelled, and almost all require at least a three-dimensional diagram (posted above).

By comparison most current day European kinship systems are among the simplest ever observed, and that’s the point: complexity and simplicity is very much in the eye of the beholder. Unsurprisingly, strategy games tend to only engage with complexity when it can be converted into a military or economic trait, the rest is treated as irrelevant or merely aesthetic.